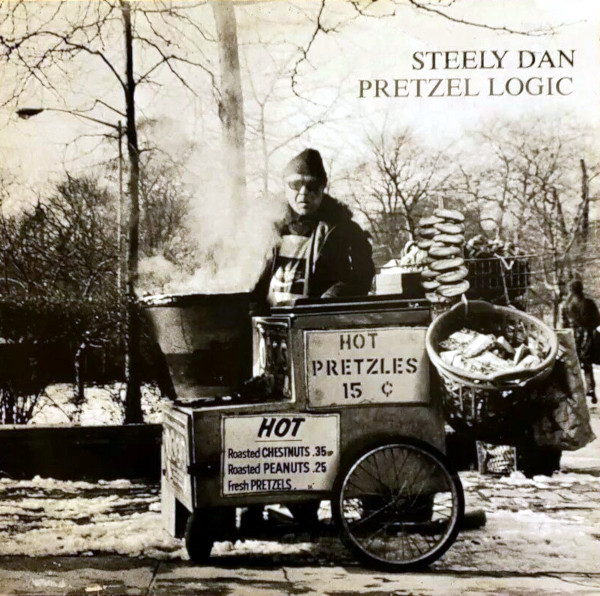 Eleven twisted songs that fold in elements of jazz, rock and everything else to create what many consider the band’s first masterpiece.

Kronomyth 3.0: A knot by every stretch of the imagination.

For Steely Dan’s third album, Walter Becker and Donald Fagen maintained only the thinnest pretense of a band (one group photo on the inside gatefold cover) and instead created a studio monster of hired hands who were allegedly tortured into providing numerous takes for each song. The result isn’t their most perfect album, despite copious praise to the contrary by wiser scribes than I. It is, however, their most perfectionist album to date. Cramming eight minutes of music into two- and three-minute songs produces some indelible moments in pop music—and more than its share of indigestion.

It’s easy to hear why critics and fans love this album. The smart jazz references, obtuse yet incisive lyrics and boundless creativity bespeak the peak of pop. And while their humor remained intact, the sweetness had been bled out of them. You won’t find anything as joyful as “Pearl of the Quarter” or as sympathetic as “Your Gold Teeth” on Pretzel Logic. What you get here instead is the sarcastic, cynical Bard College students run wild in a candystore of canned genius. The record might just as well have featured Victor Frankenstein as Victor Feldman, fusing as it does so many different parts together—rock, pop, country and all manner of jazz—and holding them in place by sheer force of will.

The opening Rikki Don’t Lose That Number might be the most charming monster in the bunch. It ambles at you coolly, confidently, a book by Bukowski peeking out of a backpack, humming a jazz song with an electric guitar slung over one shoulder. Night By Night continues the unnatural fusion, a bric-a-brac of flute, funky guitar and James Dean desperation. For my money, Any Major Dude is the album’s peak, a ray of light on an otherwise dark album. My favorite moments from Steely Dan are those where Becker and Fagen actually allow themselves to be (or at least appear to be) human. Barrytown is another inside joke from their Bard College days, smart but more than a little smug. The collection of songs ends with a completely unexpected tiptoe through the toodles, East St. Louis Toodle-oo.

Becker and Fagen put on their jazz nerd party hats for Parker’s Band, which sounds like equal parts Frank Zappa and pretentious jazz weenie (or a Bird Weenie Sandwich, I guess). The tantalizing Through With Buzz is one of the album’s most intriguing experiences, pop music played at a drunken stagger, which appears to be another one of those inside jokes at someone’s expense; the use of strings reminds me of early ELO. Pretzel Logic is a blues-based number with horns that burns at a low, cool flame. It’s never been one of my favorites, but as a mood-setting piece it’s pretty effective. The songwriters then trot out a quick country-rock song, With A Gun, before delivering an early Christmas present with the depressing tale of Charlie Freak. Although it’s terribly dark, “Charlie Freak” is a touching story and arguably the album’s most moving moment. Behind every cynic, I suppose, is a wounded heart. The funky, fuzzed-out Monkey In Your Soul is the last candy left in the box. Most Steely Dan albums don’t come to any meaningful conclusion; they just end.

Pretzel Logic and Katy Lied are the only two occasions where Steely Dan favored the short-song format. I think Katy Lied is the better album, but most would flip that judgment. Becker and Fagen seemed more confident as songwriters on Katy Lied; here, it seems as though they’re trying to show off their range, and the result is an album that feels forced and unnatural at times. I have the sense that Becker and Fagen are trying to run away from the audience on Pretzel Logic, as though they need to stay one step ahead of them, but running toward them on Katy Lied. That probably doesn’t make any sense. Few things are what they seem in the Steely Dan universe, and yet it’s that shared sense of being outside of Becker and Fagen’s world looking in, and inside the world of Steely Dan looking out at the rest of the mundane musical world that attracts me to their music like a moth.

All songs written by Walter Becker and Donald Fagen unless noted.