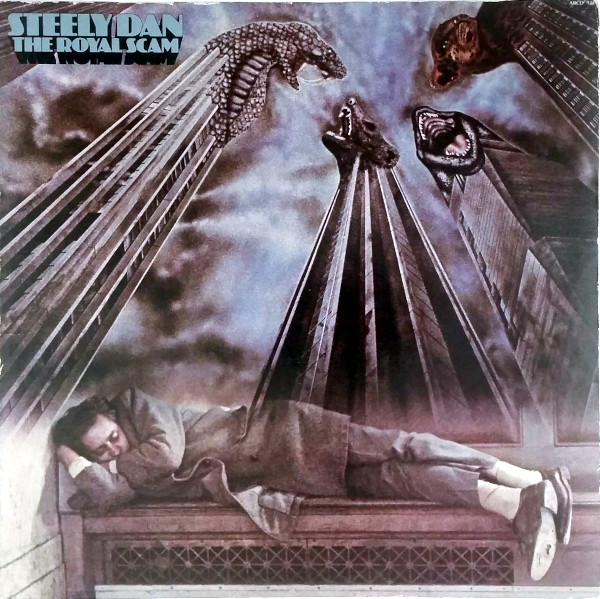 Kronomyth 5.0: Turn up the Eagles, the neighbors are listening.

Ever since I can remember, this was my least favorite Steely Dan album. I think it had to do with the disco overtones and dark subject matter (a real rogue’s gallery this time). Listening to it again, however, it’s just as much an improvement over their last album as every Steely Dan album is, the band growing progressively sharper with every cut in their catalog like some kind of musical Ginsu knife. It’s also a transitional record, pointing back to the past in its perfect guitar solos and keen ear for melodies, and pointing toward the future with its exotic, jazzy sound.

The album opens with a hit, Kid Charlemagne, a song I always assumed was about Ken Kesey (via Tom Wolfe’s The Electric Kool-Aid Acid Test) but apparently was fashioned around another figure in the book, Owsley Stanley. The band’s acid wit is matched up with a growling funk arrangement and the first of many brilliant guitar solos, this one courtesy of Larry Carlton. The Caves of Altamira is the album’s most laid-back track, a thoughtful number with some great horns. Honestly, the guitar solos and horn arrangements (and the absolutely perfect audio engineering) nearly upstage everyone on The Royal Scam. Don’t Take Me Alive returns to rogues, this time in an oddly prescient tale (“luckless pedestrians”) of an outlaw with explosives in a standoff with lawmen. Against that sunny subject matter, Dan drops another smoldering, exotic arrangement that mixes elements of funk, jazz and rock. Sign in Stranger is a walking advertisement for criminal fugitives to find new identities in Latin America, slipping another great guitar solo into the mix at the end and topping it off with horns. And here is as good a place as any to point out how much music is crammed into this album. The band has never been stingy with the music, but The Royal Scam is truly a surfeit of riches in that regard. The first side closes with The Fez, arguably the funkiest riff they’ve ever laid down (it would be this or “Peg”).

Side two opens with Green Earrings, my least favorite song on the album—that is until the dual guitar solo from Dennis Dias and Elliot Randall shows up, and then hoowee. Next up is my favorite song on the album, Haitian Divorce. The lyrics and the reggae undertones are gilded with some of the greatest talkbox guitar you’ll ever hear (Dean Parks this time). Every time I hear it, I have to fight the impulse to air-guitar during that solo. Everything You Did continues the theme of infidelity with another great melody (did any band every match such happy melodies with dark musings like Dan?) and another classic solo from Larry Carlton. The album’s final track, The Royal Scam, is a shadow of things to come: richly arranged, exotic, a jungle of jazz and rock filtered through flawless studio engineering.

The technical achievements of The Royal Scam sometimes overshadow the great music on it. The memories I have of it are the guitar solos, the horn arrangements and “Haitian Divorce.” I don’t find myself humming it the way I do Countdown to Ecstasy. It’s a darker record, difficult, but endlessly rewarding in a way that only other Aja is. In other words, it’s the best thing they’ve done so far (again).