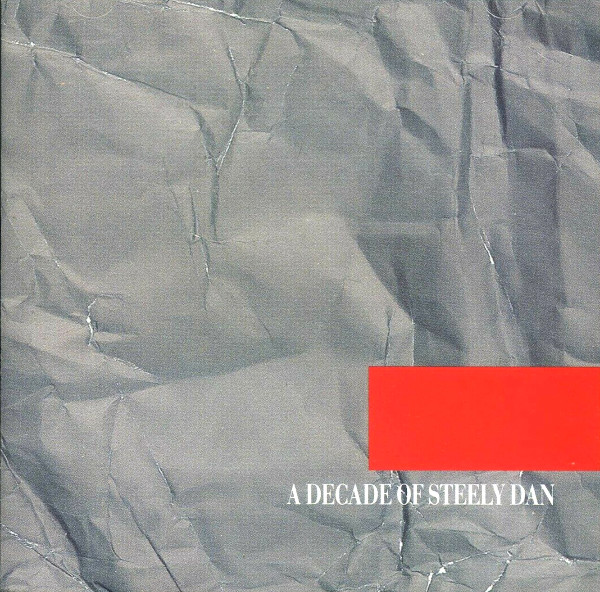 Yet another Steely Dan compilation because, apparently, there wasn’t enough plastic in the world already.

I bought Greatest Hits 1972-1978 when it came out and was in my own little Heaven for 90 minutes or so. Then I bought Gold four years later and was in a kind of Limbo for the next 40 minutes as I tried to figure out why I’d just bought eight songs I already owned—and not even eight songs I was particularly crazy about. (I had less buyer’s remorse over the 1991 expanded edition of Gold, since it contained a whopping two tracks that I didn’t already own.) By the time A Decade of Steely Dan rolled around, I was determined not to spend any more money on Steely Dan compilations featuring identical versions of songs that I had already purchased via the original albums and the two apparently irresistible compilations that followed them. Call it my steely resolve, if you will.

There is no reason for Decade to exist other than man’s unquenchable desire for money and the misguided hope that digitally remastered tracks will shed some new light on songs you’ve already heard a million times. As for the track selection itself, “Bodhisattva” (live or otherwise), “Babylon Sisters” and “East St. Louis Toodle-oo” have no place in a short discussion of the band’s best work. Even in the case of the accepted hits, most of us have heard these songs so many times we can play them from memory. Personally, I think what the world needed in 1985 was for Steely Dan to go away for fifteen years. Let everyone leave “Black Friday” and “Deacon Blues” in storage, and then unpack these wonders again with new ears. That’s an experience I would pay for.

All songs written by Donald Fagen and Walter Becker.