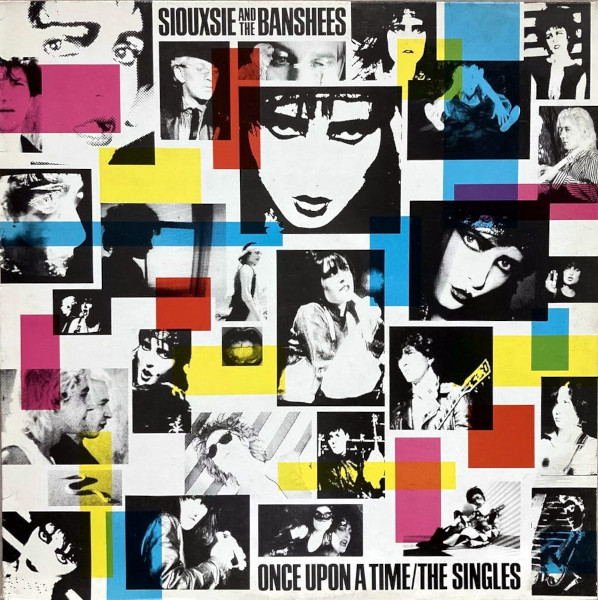 The perfect Hexmas gift: a collection of Siouxsie’s singles on a single party platter.

The English punks were never shy about their product, so don’t sioux the Banshees for making a little Christmas green with this timely greatest hits record. Clocking in an slightly over 30 minutes, Once Upon A Time goes through the past darkly, quickly, gobbling up the English singles plus one surprise B side, the pummeling “Love In A Void.”  Was a time when I owned this on elpee and played the snot out of it because in 1981 there wasn’t a lot of music that sounded like this.

The album is split neatly between the Pistols-inspired punks of 1978-79 (Sioux, Severin, Morris & McKay) and the gothic exotics of Kaleidoscope and Juju (Sioux, Severin, Budgie & McGeoch). Siouxsie and The Banshees followed the same arc as The Cure, moving from angular songs of alienation (“Hong Kong Garden,” “The Staircase”) to psychedelic and surrealistic settings (“Happy House,” “Arabian Knights”). This is harrowing stuff at times, but when it comes to singing about entrails and patricide, Siouxsie’s your girl.

Although it sums up the first four albums and assorted singles nicely, Once Upon A Time is only a snapshot in time. The non-album singles were appended to subsequent reissues, rendering this album non-essential and, at roughly half an hour, a ripoff as CDs go. Had Polydor combined the CD with the original video release of the same name (which featured nine videos including “Red Light” in lieu of “Mirage” and “Love In A Void”), then you’d really have a good Time on your hands.

All of the songs were previously released so nothing to note, although NME writer Paul Morley did write something about the band on the back sleeve for the occasion.

Album sleeve designed by Siouxsie and the Banshees and Stylorouge.