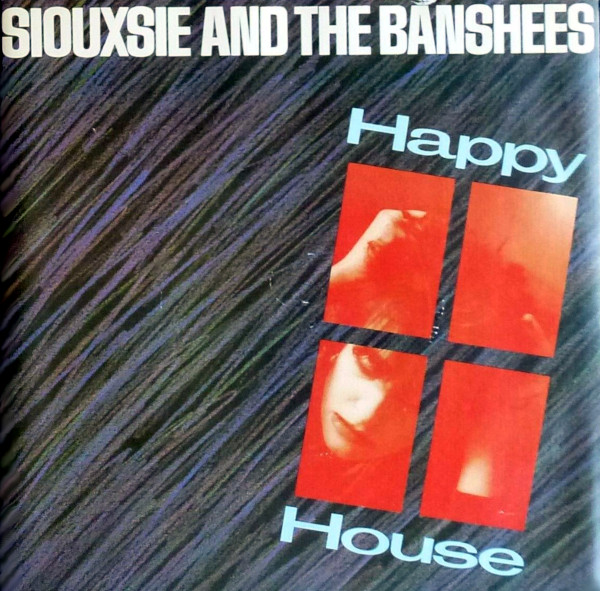 No more postcards from the punk revolution, this was an invitation to join The Banshees in their blacklit basement.

With the single “Happy House,” it felt like Siouxsie and The Banshees had opened up the curtains and let in the light. It was still very dark (the song is about a madhouse), but compared to the earlier “Mittageisen” and the epic takedown of “Drop Dead/Celebration,” it was walking on freaking sunshine. A video for the single was only slightly unnerving, with Siouxsie in a harlequin suit while Steve Severin and Budgie hammered away at their instruments in a small room. (It’s interesting how claustrophobic most of the band’s videos are.)

“Happy House” was the first song where the different musical personalities of the new band really clicked: Siouxsie’s snaking voice, Severin’s pummeling bass, Budgie’s polyrhythmic drumming and John McGeoch’s gauzy, otherworldly guitars. I know that The Banshees and The Damned didn’t like each other, but damn they both had great drummers. Some have pointed to McGeoch’s guitars as the focal point of “Happy House” (he’s oddly absent from the video), but I can’t take my ears off the polyrhythm created by The Banshees.

When the band released their third album, “Happy House” was added as the opening track, but the suggestion that this was intended as the first single from the album is erroneous. This is, in fact, a standalone single, the second salvo from the new band, and the beginning of the band’s classic phase (noting that the first two albums are classics in their own right). The nonalbum B side makes this something of a collectible, though stylistically I would tell you it’s made from the same bitter dregs as Join Hands.