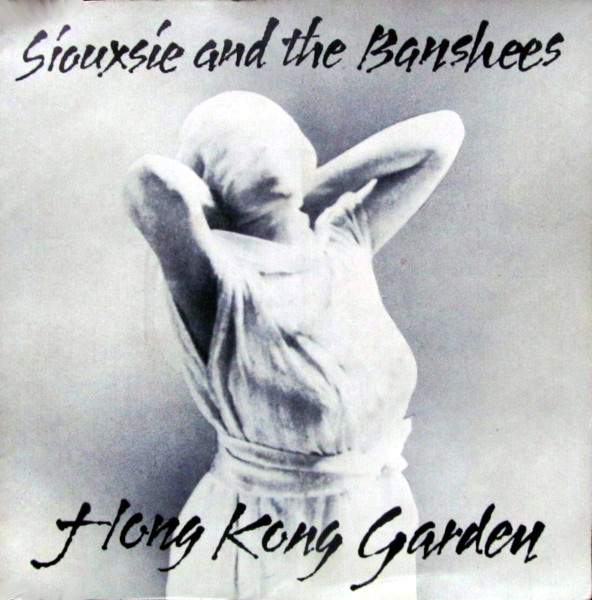 The Banshee’s first single anticipates the beautiful wailing and psychedelic wall of sound that would influence a new generation of punks.

Kronomyth 0.9: Siouxsie, Siouxsie, quite contusing, how does your garden grow?

It wasn’t the first, second or third punk single to be heard ‘round the world. And it certainly wasn’t the heaviest punk single. But “Hong Kong Garden” holds a high place in the early punk movement as the first single to feature the Banshees’ sound: wound impossibly tight around Eastern sounds in all sweet sacrilege to Western ears, bass thumping and drums pounding and guitar screeching/scratching while a woman—yes, a woman!—rode those waves of sound like a valkyrie on valium. You may not have known what “Hong Kong Garden” was about when you heard it, but you didn’t forget it.

“Voices” is an altogether stranger affair, experimental and daring. This is the revolutionary spirit of punk, tearing down all artifice and pretense to decency, leaving only art in the act of ugly, stumbling creation. The vocals and guitars make use of a flanged/echoes effect that sounds otherworldly and anticipates the lurid nightmares of The Cure. Inexplicably, the labels chose to leave this off the Banshees’ first album, but it’s one of their most arresting pieces (alongside “Pure”). When the single was released in the US, the band’s first album was already in the can, and “Overground” was selected as the B side, which showcases a more sophisticated and shaped sound.