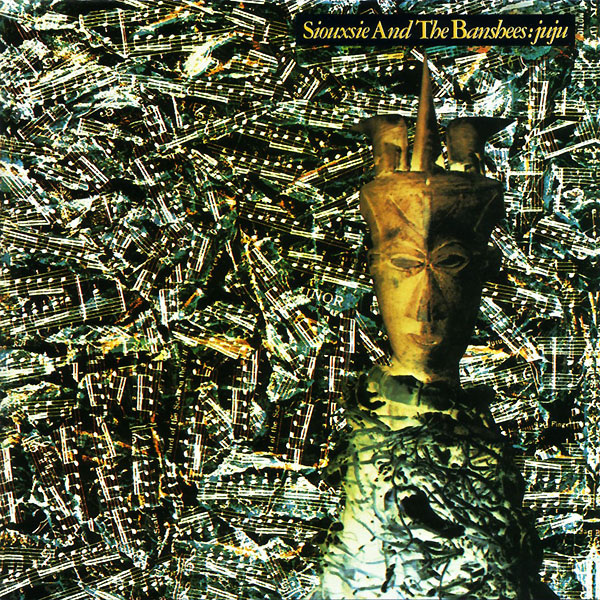 The Banshees continue to sharpen their sonic attack with some of the most spellbinding songs of their career.

All hail the high drow priestess of punk! Juju is the gothic technicolor nightmare you were dreaming of when all of this dark matter bubbled out of the English punk movement. Some bands went soft. Some went south. Siouxsie and The Banshees went black and never looked back.

The greatly underrated John McGeoch delivered spellbinding rhythm and lead guitars drenched in a thick, oily coat of choruses while the mononymous Budgie petitioned unseen pagan gods with his tribal drumming. Their music is as ancient as evil, as modern as anything on the airwaves. At the black heart of it is Siouxsie Sioux (with Steven Severin slightly to one side), spinning strange tales of the supernatural like some Scheherazade of the Subterranean (Persephone personified).

As a pimply, angry teenager, songs like “Into The Light” (with its homage to Eno’s green world), “Monitor,” “Spellbound” and “Arabian Knights” rocked my bleak little universe. Juju is an exotic underworld of head collectors, killer brides, voodoo dolls, murderous children and televised executions, all ministered under the watchful eye of the sorceress Siouxsie. The production from Nigel Gray and the band is rich, complex, an indigo antidote to everything The Cure couldn’t fix in you.

This is a seductive, terrifying album steeped in arcana and anarchy, not to be taken lightly by anyone who had lifted its dark veil and looked into it deeply. From the opening moments of “Spellbound,” you’re ushered into Siouxsie’s sanctum of dark impulses, where the black Isis holds you captive for forty minutes. Along with The Cure’s Head on the Door and Echo & The Bunnymen’s Ocean Rain, Juju should be considered essential listening in the 80s post-punk psychedelic scene.

Written and arranged by Siouxsie and The Banshees. Lyrics by Sioux and Severin.