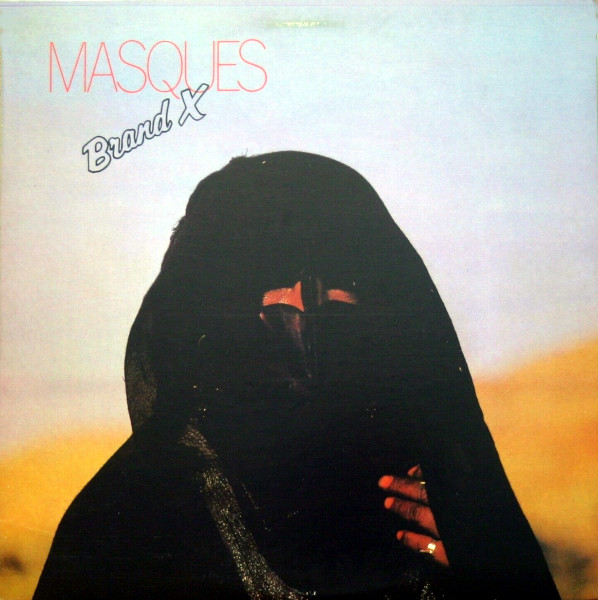 Kronomyth 4.0: The hole is smaller than the sun of its parts.

This is the album where Phil Collins is completely gone and the band is supposed to become irrelevant. As if that weren’t enough, keyboardist Robin Lumley left for the producer’s chair, and Morris Pert’s old pal in Suntreader, Peter Robinson, replaced him. Now a quintet with as many original members from Brand X (Percy Jones, John Goodsall) as Suntreader, the band could have been expected to crank out mediocre fusion for another album or two before everyone lost interest. Instead, Masques might be the best album the band has ever released; at a minimum, it’s on a par with their debut in terms of memorable melodies and superlative playing.

Black Moon/Deadly Nightshade and The Ghost of Mayfield Lodge are personal favorites of mine from their career and would make my shortlist for a Best of Brand X. Collins’ replacement, Chuck Burgi, had recently been part of Al Di Meola’s live band, and he meshes perfectly on Masques, which finds the band playing more in the RTF/Frank Zappa style of fusion. Robinson, the other new recruit, slips in some neat Soft Machine-styled patterns that recall Karl Jenkins and Mike Ratledge. He, Pert and Percy Jones write the majority of the material, with John Goodsall contributing only one track, Access to Data. It’s not about who writes what, though, but about how well the band plays together.

Third albums are often the point where a band hits their stride as a group and, discounting the live Livestock, that’s the case here. The liquid bass lines, percolating percussion, spacey synthesizers, fiery guitarwork and forceful drumming create an exotic musical landscape that represents what’s best about progressive fusion from the 70s. If you enjoyed the albums of RTF, Jean-Luc Ponty and Al Di Meola, more pleasant adventures await you on Masques.

This was the first Brand X album not designed by Hipgnosis (and it shows), with credits going to Frank (sleeve design), Chris Kutschera (photo), HAG (back) and AD Design (layout design).