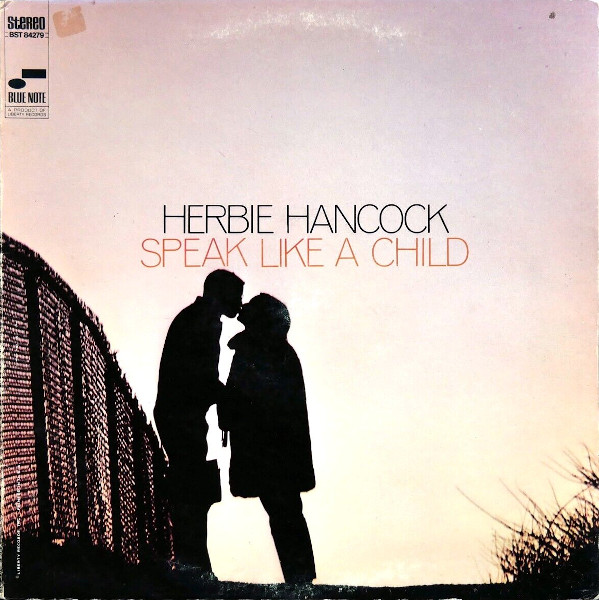 Kronomyth 7.0: NOW WE ARE SIX. You never forget the first time you have a sextet. Herbie Hancock had poured most of his energies of late into the Miles Davis Quintet, and these March 1968 sessions marked his first time in the studio as a leader in more than a year. The environment was a little different this time: Duke Pearson was in the producer’s chair (the same man whose illness gave HH his big break in the Donald Byrd/Pepper Adams Quintet), Duke’s drummer was in the drum seat and a trio of horn, trombone and flute accompanied Hancock and Ron Carter. The horn section gave HH the extra voices he was looking for to explore broader harmonies in his music, and the results were lovely on “Speak Like A Child” and “Toys,” reaching a new level of beauty and sophistication for the young composer. The remaining tracks use the sextet sparingly and favor the hard bop format of old. “The Sorcerer” and “Riot” made their first appearances with MDQ and get a less agitated reading here (I personally prefer Hancock’s solos to Miles’ on “Riot”). Carter’s “First Light” is a fun song, written for his son after a good day at school, in keeping with the album’s theme of childhood (Hancock was making a statement about lost innocence or something, with the opening “Riot” underscoring adult society’s need to return to simpler times). “Goodbye To Childhood” employs dissonant harmony, but hinges mostly on the interplay between Hancock and Carter. Mickey Roker, who plays in the physical style of Philly Joe Jones (his avowed idol), is something of an acquired taste; I find his playing a bit roguish, but I’m lucky to find my car keys on most days. Speak Like A Child shows the further evolution of Herbie Hancock and is rightfully considered a classic. His playing continues to show increased confidence and creativity and, beyond the confines of the mad magician’s lab, an affinity for lyrical and sentimental music. In 2005, Blue Note reissued this release with three bonus tracks: two alternate takes of “Riot” (the first alternate take is slightly more mellow than the other two versions) and an alternate take of “Goodbye To Childhood” that features a long stretch of solo piano.

All songs composed by Herbie Hancock unless noted.