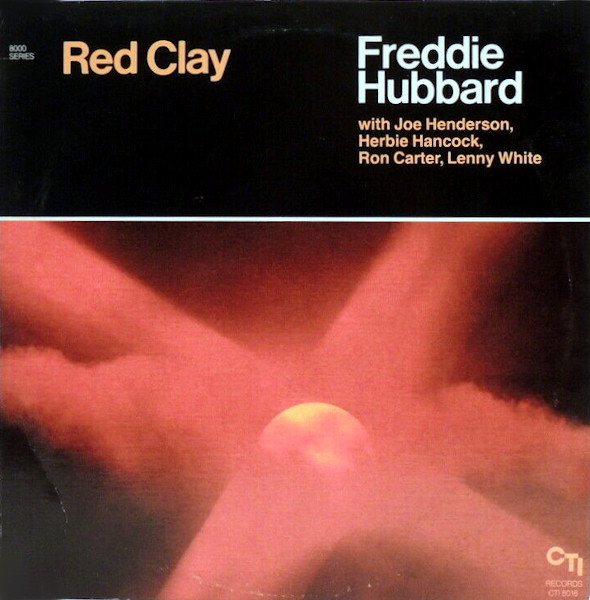 Jazz played with humor, humanity and one helluva backing band.

This is generally regarded as one of Freddie Hubbard’s finest works, period. The first of several albums recorded for Creed Taylor’s CTI label, Red Clay finds Hubbard leading an all-star cast of Herbie Hancock on electric keyboards, Joe Henderson on tenor sax, Ron Carter on bass and a young Lenny White on drums. On any given day, those five could trot out “Mary Had A Little Lamb” (or John Lennon’s “Cold Turkey” in this case) and make it sound like magic.

As a rule, the trumpet lends itself to showmanship more than, say, the saxophone, and Hubbard puts on a terrific show for the opening “Red Clay,” revealing his mischievous and humorous side to great effect. The title track also sets into motion the bluesy, soulful sound that pervades the album. Hubbard isn’t one of those hard-bop mathematicians who buries you under an avalanche of black notes. He’s a sentimentalist (“Delphia”), a clown (“Red Clay”) and a common man who listens to the radio (“Cold Turkey”). Red Clay does have its musical pedigrees in place (e.g., “The Intrepid Fox”), but it’s the album’s humanity and humor that ultimately define it.

All that said, I wouldn’t go any further than to say that I like the album; I don’t love it. Maybe it’s because I don’t enjoy the sound of electric keyboards in a non-fusion jazz setting or because the remaining trio of Henderson, Carter and White make what seem to be minimal contributions to the music. Somehow, I suspect I’ll find a Freddie Hubbard album I like more from the Sixties. The 2001 digital remaster includes a live version of “Red Clay” from 1971 featuring George Benson on electric guitar and Stanley Turrentine on tenor sax that gives the original a run for its money.

All compositions by Freddie Hubbard.

(* Not included on the original UK elpee.)