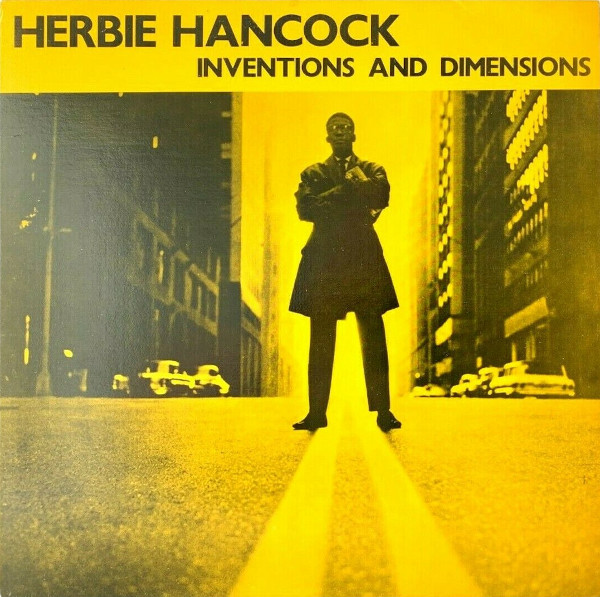 An early sign of Herbie’s experimental side, the focus here is on percussion and improvisation over melody.

Herbie Hancock’s third album, and first since joining the Miles Davis Quintet, finds the pianist in an experimental mood with an unconventional lineup of bass, drums and percussion. In the opening moments, Hancock is careful to introduce the new ingredients one at a time: Paul Chambers on bass, Osvaldo “Chihuahua” Martinez on guiro, Willie Bobo on drums and, finally, Hancock himself extemporizing over the rhythmic foundation in single notes and occasional chords.

Although Hancock is still technically working within the post-bop medium on this album, it’s a very different animal than his first two records. Melodies are rare, and you’ll really only find the one on the lone pre-arranged song, “Mimosa.” The remaining four tracks are improvisatory statements with minimal staging from Hancock: an agreed-upon time signature, perhaps, or a particular piece of percussion assigned. Otherwise, the quartet is given complete freedom.

Yet, it’s a funny thing about freedom: given a choice, most of us return to what we know. On Inventions & Dimensions, Hancock is the only one inventing and exploring new dimensions; the remaining trio rarely depart from their conventional course. Chambers came at the suggestion of Miles Davis, his previous employer for the last eight years, and he’s an eminently capable bass player, but this is not the right setting for him. Tellingly, he only played with Hancock once. Bobo and Martinez also seem uncertain of what to do with their newfound “freedom.” Willie Bobo does let loose on the timbales during “Jack Rabbit,” but you don’t need to throw out the jazz rulebook just to get a timbale solo.

Inventions & Dimensions is ultimately a detour to nowhere, although it does include a couple of winning numbers in “Succotash” (like “Watermelon Man” before it, a fine example of Hancock’s rhythmic sensibilities) and the lovely “Mimosa.” The concept of marrying post-bop piano improvisations to Latin percussion is an interesting one, yet this is more of an awkward first date than a marriage. In the mid 70s, the album was re-released as Succotash and co-credited to Willie Bobo for some reason. Subsequent digital remasters included an alternate take of “Mimosa” as a bonus track.

All compositions by Herbie Hancock