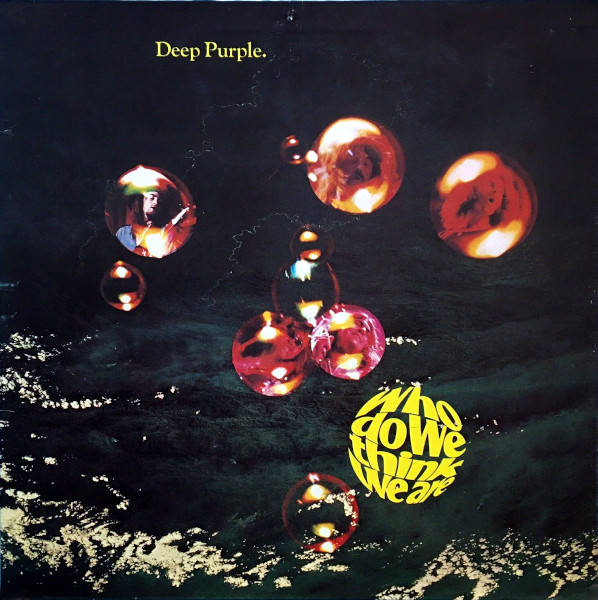 The last album from Mk. II hits the mark again with a strong collection of songs led by “Woman From Tokyo.”

Not everyone will tell you that the last album from the Mk. II lineup is a classic, but I’d let the music do the talking in this case: “Woman From Tokyo,” “Super Trouper,” “Mary Long,” “Rat Bat Blue,” “Our Lady.” If the band were tired of making music, fans didn’t tire of hearing it. Who Do You Think We Are! became the band’s third gold record in a row and, for my money, is one of the best things they’ve ever done, behind maybe only In Rock and Machine Head.

The idea of Deep Purple as a progressive rock band has always been a hard sell. There’s no denying, though, that their superlative playing and often-ambitious arrangements are at least one level above what other “hard” rock bands were trying to do at the time. The brilliant psychedelic bridge in the middle of “Woman From Tokyo” shows the band’s split personality to excellent effect; they could blow you away with a brutal guitar riff or blow your mind with their creativity. More than once on this record, I was reminded of Jethro Tull, a band you don’t normally associate with Deep Purple. Maybe Ian Gillan is a better lyricist than I sometimes give him credit for, or Martin Barre a better guitarist, but I found myself wondering whether “Mary Long” might have been inspired by Aqualung, or “Black Satin Dancer” by “Smooth Dancer.”

The band has since been quite vocal about internal dissension during the sessions for WDWTWA. Blackmore was reportedly isolating himself from the rest of the band, and there is a marked downturn in the quality of his guitar solos on this album, suggesting he was just dialing it in. The rest of the band, however, sounds great. Jon Lord, who seemed increasingly out of place in Mark II, really makes his mark on this record. His piano playing is a bit like bringing a knife to a gunfight, but he’s positively organasmic on “Smooth Dancer” and “Rat Bat Blue.” Roger Glover and Ian Paice are, of course, brilliant, which at this point probably doesn’t need saying.

WDWTWA isn’t a perfect album any more than Sabbath Bloody Sabbath was a perfect album. “Place In Line” is a boring blues number, and too many songs about ladies on the road grows old after a while. It’s a shame the band never connected with a proper lyricist like Keith Reid or Pete Brown; then the prog label might have stuck. Unfortunately, this album would mark the end of the road for Mark II, as Gillan left the band that summer and Glover was fired soon after. All good things must come to an end, so best to raise a glass and mark those glorious days of Purple’s majesty in fond remembrance. Or, alternately, carp about how disappointing this album is and gear up for useless comparisons between Mark III and Mark II.

Australian cassette version (reissue*)
A1. Rat Bat Blues
A2. Place In Line
A3. Our Lady
B1. Mary Long
B2. Smooth Dancer
B3. Woman From Tokyo
B4. Super Trouper

*This cassette features a gold sleeve and follows the Australian 8-track order but has the same ID number as the white-covered cassette version with the UK track order.