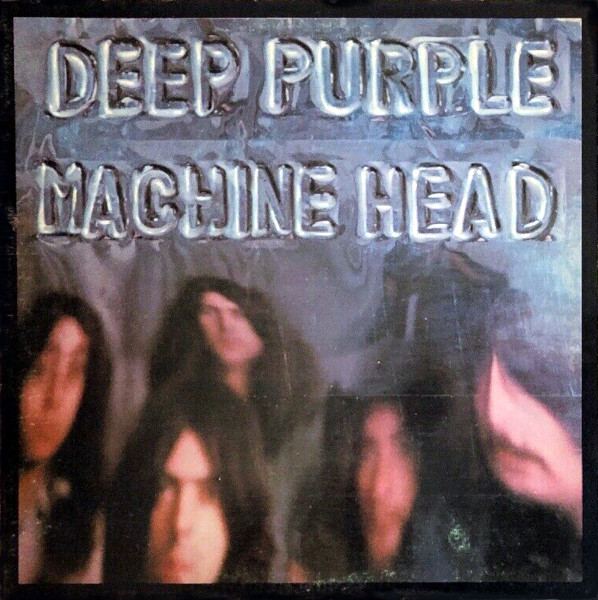 Hard rock, heavy metal, call it what you want, Machine Head is an absolute classic.

Kronomyth 7.0: In case of fire, use stairway to heaven.

Yeah, I know, “Smoke on the Water.” You probably hate that song. It’s to the bass guitar what “Stairway to Heaven” is to the acoustic guitar. If you really want to hear a bass guitar riff, start with Roger Glover’s solo on “Pictures of Home” or the opening to “Highway Star.” That’s some of the most badass bass playing on any record, ever.

Machine Head suffers from the same overexposure as Led Zeppelin’s fourth album. It’s become synonymous with classic rock, so much so that anyone with even a passing interest in rock (from Pat Benatar fans to Pantera fans) will be glad to tell you it’s one of the greatest albums ever made. And, while they’re saying it, you’re thinking “Wow, even greater than Tropico/Far Beyond Driven?” because, you know, you’re kind of a sarcastic jerk sometimes.

I remember the first time I played Deep Purple In Rock, “Speed King” blew me away. “Fireball” was good, but “Highway Star,” now that’s the way to open a Deep Purple album. I used to drive a 1971 Firebird V8 350 and I am so glad I didn’t have Machine Head on cassette back then; I might have killed somebody. (I’m only partially kidding, since I managed to get into a car accident listening to Sabotage in the Firebird, and Machine Head is way heavier.)

You’re probably thinking that Machine Head is regarded as Purple’s majesty because it has “Smoke on the Water” on it, but that’s not true. It’s their best album because it would still be their greatest album if it didn’t have “Smoke on the Water” on it. “Highway Star,” “Pictures of Home” and “Space Truckin’” are epic Purple. And we haven’t even got to the hit single yet, “Never Before.” Toss in two blistering blues-rock numbers (“Maybe I’m A Leo,” “Lazy”) that stick Jon Lord’s organ right in your face, and Machine Head’s immortality is etched in stone. Then you add “Smoke on the Water,” the band’s brilliant depiction of hell on earth, and that’s how you make the most monster rock album of its time.

Machine Head is Mark II’s finest forty minutes. In Blackmore and Paice you probably had one of the best guitarists and drummers in the business, but it’s on Machine Head that you realize what a great addition Gillan and Glover are to the band. And while I’d been wondering why Jon Lord still stuck around, I’m glad he did for Machine Head since he has a lot to contribute. Along with Master of Reality and Zoso, this is the birth of heavy metal, a bloody miracle.