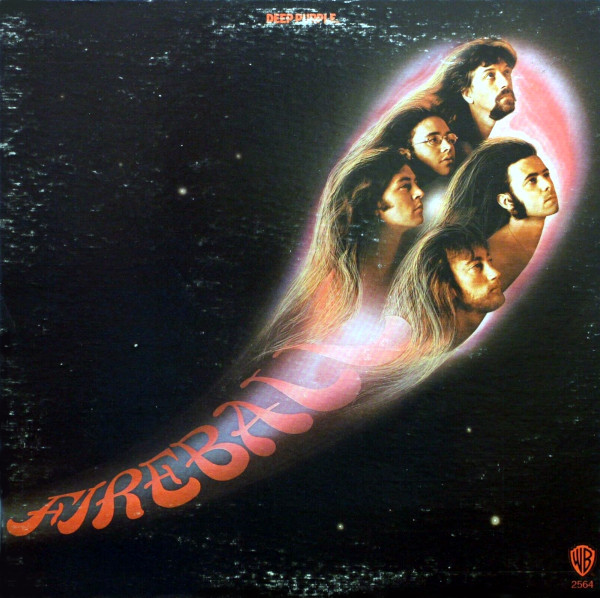 The followup to their massively heavy fifth album doesn’t quite live up to its title, but it does rock.

Okay, so nothing on Fireball will stop your heart the way “Speed King” did. It’s still a very good album that stands above every other hard rock band of the time except Led Zeppelin and Black Sabbath. The knock on Purple’s fifth is that it tries its hand at too many different things. There’s psychedelic rock (“The Mule”), hard rock (“Fireball”), blues rock (“Demon’s Eye”) and even country rock (“Anyone’s Daughter”).

The wonder of Deep Purple In Rock was its unrelenting assault on the senses. Fireball relents, meanders almost. When it’s good, it’s very, very good: “Fireball,” “Fools,” “No No No” and “The Mule” are all solid tracks. And then there’s “No One Came,” which should be required listening for every aspiring rock and roll star. But it doesn’t pack a collective punch the way that their last album did. Gillan is still a great screamer, Blackmore’s confidence astounds and Paice continues to be one of the best drummers in the rock business. Jon Lord, however, seems increasingly out of place in the band. On “Fireball,” for example, he mostly just mashes the organ keys to raise the song up a few decibels.

I’d be remiss if I didn’t mention how evil this album is. “The Mule,” “Demon’s Eye” and “Fools” overtly reference dark forces, which has been a part of the Purple subtext from the beginning, but the band doesn’t make any pretense to hiding it this time. Even Master of Reality didn’t seem this dark. I mean, “Laugh as the flames eat their burning remains, fools die laughing still” is some pretty dark sh*t.

Although it topped the UK charts on its release, Deep Purple has since distanced themselves from Fireball. Maybe the band didn’t have enough time to write new material, or maybe they just didn’t go in with a solid plan. Whatever the reason, Fireball sort of fizzles, even though it gets pretty hot sometimes. It’s classic Deep Purple because of the players involved moreso than the music on it. Note that the US versions featured the single “Strange Kind of Woman” in place of “Demon’s Eye.” The two tracks were later reconciled for the 25th anniversary edition remaster.