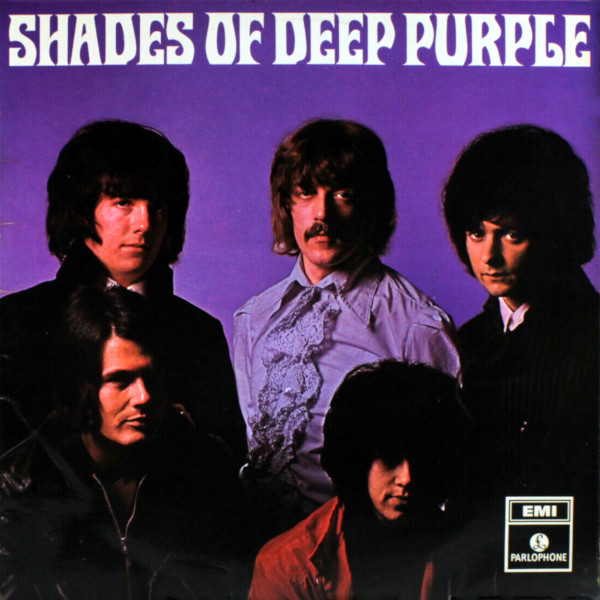 On the band’s debut, they follow the tracks of Cream and Jimi Hendrix, and they don’t step lightly.

Kronomyth 1.0: A darker shade of purple.

In the beginning, Deep Purple were content to throw their hat into the expanding psychedelic/proto-prog rock scene that included Cream, Vanilla Fudge, Jimi Hendrix and Procol Harum. Like VF (an avowed influence), the band presented ambitious re-intepretations of popular contemporary songs: “Hush” (which turned Billy Joe Royal’s minor hit into a major sensation), “Help!,” “I’m So Glad” and “Hey Joe.” Actually, those last two songs only stray from the versions by Cream and Hendrix in the solos, but it’s amazing to hear them match the intensity of the originals (with Ian Paice conceding nothing to Ginger Baker or Mitch Mitchell).

Yet there’s something both sinister and magical in the work of Purple that separates them from a band like Vanilla Fudge. Maybe it’s the spooky introductions (shades of Hammer Films), the supernatural label (“Tetragrammaton” is a reference to the four letters of God’s name in Hebrew, JHVH) or the overtly classical overtones provided by Jon Lord (check out his organ solo in the foxy “Mandrake Root”). Produced by Derek Lawrence, the record had more than a hint of horrorshow in it: an opening organswirl that crept from the crypt of darkest imagination, a wailing wolf to herald “Hush,” foreboding thunder at the onset of “One More Rainy Day,” a science fiction synthesizer in the dawning seconds of “Help.”

Special mention on their first album has to go to Paice and particularly Jon Lord, whose organ fires off round after round of powerful sounds like a cannon mounted atop a psychedelic tank. Critics today are apt to throw shade at Deep Purple Mk. I, but they are in my opinion jaded metallurgists with the luxury of Mk. II to compare. The combination of organ and lead guitar strapped to an explosive rhythm section and equipped with a voice that could stop the world with a “Hush” was something remarkable in 1968, a sort of Procol Harum Scarum. Their songwriting at this early stage is derivative (“Mandrake Root” borrows from Jimi Hendrix, “Love Help Me” from The Who), so you can dock their debut an imaginary star for that if it makes you feel better. Yet the pomp and personality or prime Purple is already in full attendance here, and Shades marks an auspicious beginning to an amazing band.

Arranged by Deep Purple.
* Incorrectly credited to the band on early pressings.