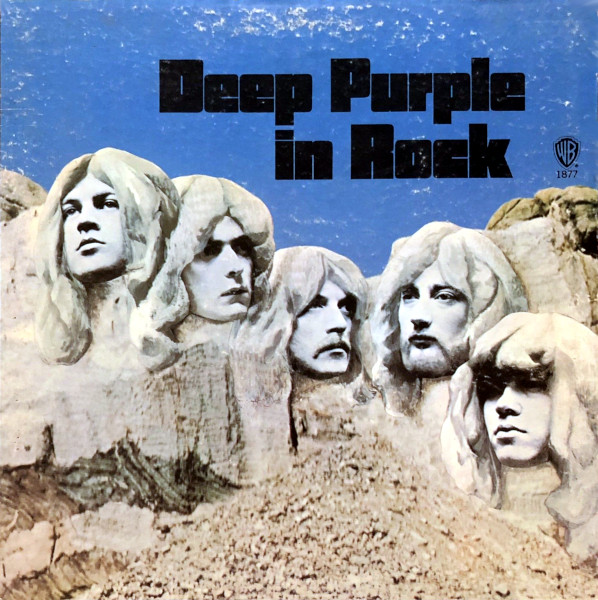 Most of Mount Rushmore was carved using dynamite. Pity. If they’d waited thirty years, they could have simply pointed a few speakers at the mountain, cranked Deep Purple In Rock up to maximum volume and saved themselves a lot of dynamite. This album marks the official debut of Deep Purple Mark II (we’ve already talked about the whole mark thing, by the way, so I’m just using common nomenclature), since Concerto for Group and Orchestra belonged more to the house of Lord. It also marks a high, early watermark in the history of hard rock and heavy metal. Now, the musical world’s collective ears were still ringing from Led Zeppelin, and it seems that Deep Purple had picked up that band’s tossed gauntlet before recording Deep Purple In Rock. (Ritchie Blackmore has since confirmed this in interviews.) The opening “Speed King” says it all: Deep Purple wanted to be the fastest, loudest, heaviest band on the planet. In fact, they would soon get their wish, with the Guinness Book of Records naming them the world’s loudest band the following year. The decision to be a hard rock group was a defining moment for Deep Purple, and from here on the band’s course was set in stone—as was Jon Lord’s eventual departure from the group as Blackmore assumed more control over their musical direction. What’s most impressive about Deep Purple In Rock is its intensity; the hard rock dial is pretty much pegged in the red zone the entire time. Although the entire album is one extended highlight, “Speed King” and the epic “Child In Time” (previewed to less stunning effect on the earlier Concerto) are classics in the Purple canon. If you’re thinking that Jon Lord is the odd man out in this heavy metal shift, not so fast. It’s true that Blackmore’s guitar takes center stage much of the time, but Lord rises to the challenge in remarkable ways with some of the heaviest organ solos you’ll ever hear in your life (e.g., “Flight of the Rat,” “Living Wreck”). Ian Gillan also does an amazing job on the vocals; sixty seconds into “Speed King,” you won’t even remember Rod Evans’ name (and Evans was no slouch). As for the rhythm section, Ian Paice and Roger Glover are a pair of pummeling fists to your ears. Purple and Blackmore saw where the future of rock was headed and accelerated its arrival with Deep Purple In Rock. Whether or not you subscribe to the whole Mark I/II thing, there’s no debating that this album left an indelible mark on the music scene.