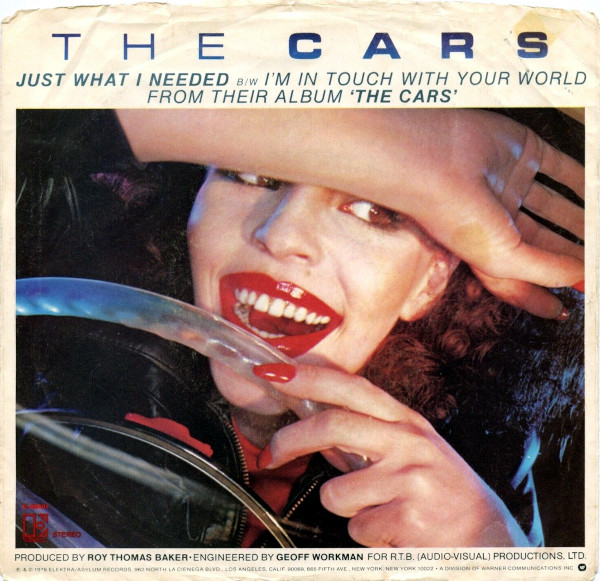 Talk about going 0 to 60 in a flash, The Cars were stars after this song came out.

After the death of Marc Bolan, this is just what we needed: sweet, short and transcendently strange glam music for a new gilded age. Producer Roy Thomas Baker cut his teeth at the breast of Bolan and T. Rex and sharpened them in the company of Queen, so it’s no wonder that The Cars combined the best parts of both (i.e., compressed sound, crushing choruses). Although Ric Ocasek wrote the song, Benjamin Orr sang it. I’ll admit that I’ve often had trouble distinguishing the one from the other on record, as both seemed to adopt David Bowie as their inspiration. (Okay, who didn’t?)

The flip side was the album track “I’m In Touch With Your World,” featuring kitchen-sink sound effects that are sometimes just silly, but the track itself is pretty cool and the wordplay is vintage Bolan. In 2004, Circuit City ran a popular ad campaign around the “Just What I Needed” theme. Unfortunately, the company needed a lot more than a cool theme song to revive their fortunes, and they finally filed for Chapter 7 in 2008.