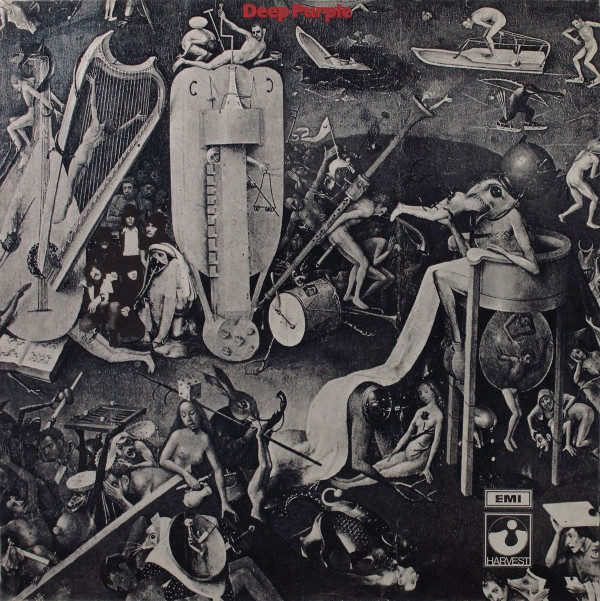 The heavier third album marks the end of Mark I, highlighted by the 12-minute “April.”

This album marks the official end of Deep Purple, Mk. I. I’m bound by some kind of critic’s oath to mention that. Said oath also requires me to soon launch into a discussion of the merits of Marks I and II, but I loathe oaths and the oafs who loaf them. I come, not to bury Mark I, but to kill the myth altogether.

Although the first lineup released three albums together, they did it in the span of less than one year. No one talks about Yes Mk. I or Jethro Tull Mk. I, lineups that lasted longer. The original lineup of Deep Purple was a highly productive, accelerated studio experiment. Their first album was an inspired knockoff of previous power trios (Vanilla Fudge, Cream) plus organ, the second showcased Jon Lord’s vision of a classical rock band, the third brings the band’s heavy rock and classical halves into better contrast. Listening to them today, the records show marked improvement along the way, but the Purple lineup was far from set in stone.

As the band got heavier (e.g., the second half of “April”), it became clear that they would need a louder singer. Deep Purple is a heavier record than past efforts. Ritchie Blackmore’s guitar is better balanced with Jon Lord’s organ, so that you’re less likely to encounter a one-minute organ solo than in their past and more likely to encounter guitar solos that really rock. At its heaviest (“Why Didn’t Rosemary?,” “April”), the album points to the future of heavy metal. At its most creative (“Blind,” “Chasing Shadows,” “April” again), it points to the future of progressive rock. Purple was one of the few bands to straddle both camps; you could argue that Black Sabbath did the same, although both bands had as much in common with each other as they did with Led Zeppelin.

The band’s first three records are all worth owning, particularly if your tastes run toward the progressive, with the third perhaps getting the nod as the most accomplished and confident of the three. The Purple that followed was a different beast, but it’s not a new chapter so much as a bit of foreshadowing with an unexpectedly early payoff. In the new millennium, the band’s third album was released with some bonus tracks including the earlier single, “Emmaretta.”