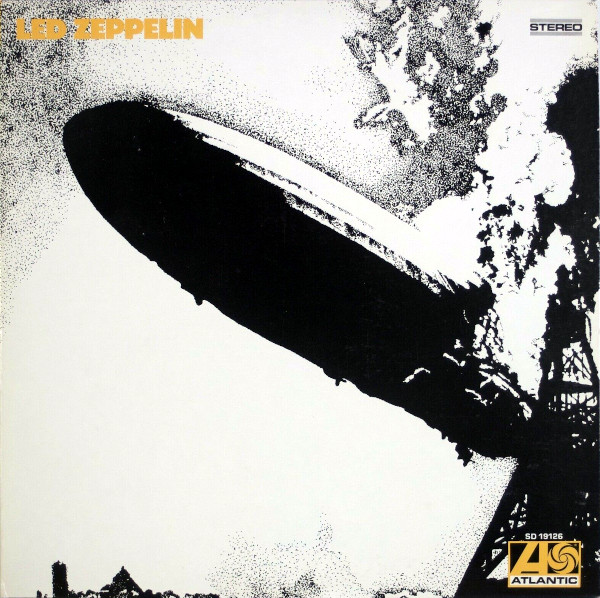 The beginning of a musical voyage unlike any other, reaching new heights of rock and roll.

If hard rock fans seem more fanatical than other music fans, consider that their icons stand taller than most. As hard rock coalesced in the late ‘60s, artists like Cream and Jimi Hendrix appeared larger than life: their music was devastating, their talent redefined what was possible. This first wave of legends burned brightly but briefly. In their place grew a new wave of heavy rock gods with names that alluded to the dark metallic tones of their music: Black Sabbath, Deep Purple, Led Zeppelin. These groups continued the dialogue begun by Cream and Hendrix, using their knowledge of and affection for the blues as a launching point for psychedelic exploration and rebellion on an epic scale.

Good Times Bad Times rips loose from its mooring with a remarkable rhythm from John Bonham and a group sound that felt like a tightly wound coil finally sprung free. Their treatments of traditional blues songs are equally amazing, from Robert Plant’s smoldering performance on Babe I’m Gonna Leave You to Jimmy Page’s stellar fretwork on I Can’t Quit You Baby. Other rock & roll bands had burned their incense at the altar of blues before, but this is the blues burst into towering flames.

The intensity of their music doesn’t let up: Dazed and Confused, How Many More Times, Communication Breakdown. It’s all canon in the great book of rock and roll. Even the instrumental Black Mountain Side, which is pretty much just acoustic guitar and tabla, has its proper place on Led Zeppelin. There had been high-water marks before this, from Disraeli Gears to The Doors, but this was a tsunami of sound that trampled everything before it. Although Led Zeppelin were never part of the progressive rock movement proper, they set the bar for every musician who came after them wishing to elevate rock and roll to its full sonic potential. What you have in Led Zeppelin is not only the birth of a titan, but the progenitor of a race of titans.

* There are discrepancies of several seconds in track times listed on the elpee and the compact disc versions, which is pretty common. In two cases, the difference was significant enough that I’ve included the CD track times (which appear to be more accurate) in parentheses.