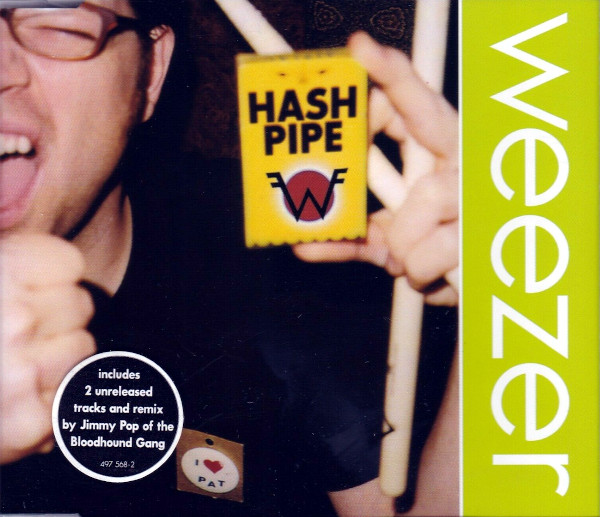 What better way to promote Weezer’s new album than a song about drugs and transvestite prostitutes?

Kronomyth 3.1: I guess it rains down in Africa.

Seriously, this has to be my least-favorite single from Weezer’s third album. When will bands learn that “Peter Gunn” and “Wild Thing” are poison? Also, the lyrics are indecipherable. At first, the only thing I liked about the song was the line “I got my ass wiped,” until I realized Rivers really was singing about a hash pipe. What any of it has to do with a transvestite hooker (the song’s purported theme) is beyond me. Thank goodness it rocks.

The various singles included a variety of unreleased tracks and treats, none of which are better than what turned up on the green album. Starlight and Teenage Victory Song are effective examples of the band’s minor-key, post-punk/Beatles sound. The Jimmy Pop remix of “Hash Pipe” is nothing special. I Do is even gayer than “Hash Pipe.”

And that would be the end of it, except that Toto released their own version of “Hash Pipe” in response to Weezer’s cover of “Africa.” At least they had the sense to steer clear of “Peter Gunn.”