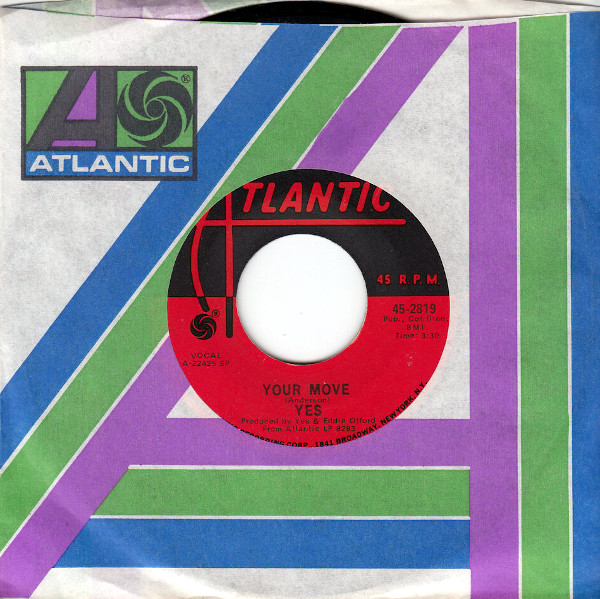 Choosing this as the single from The Yes Album proved to be a winning move, giving the band their first Top 40 hit.

Kronomyth 3.1: Give your piece a chance

This is probably the recorder’s finest moment in the musical canon. My son is currently learning to play the recorder in school, and as much as I enjoy hearing “Good King Wenceslas” played at a funereal pace by nervous children, I wish just once the music teacher would bring a chorus into the mix and play “Your Move.” At least that might foster a lifelong love of music.

Despite barely making the US Top 40, I can assure you that rock radio stations played the hell out of this song in the seventies. Sometimes, as a treat, they’d even play it through to the second part, “All Good People.” I had a teacher who used to play the radio in class (it was drafting class and, again, super-useful skill that has served me well in life that one time I needed to draw a straight pencil line on my wall using a level), and it never failed to produce a small amount of joy when the one second of silence following this song would lead into “All Good People” and not, say, “Bad Case of Loving You.”

The flip side is “Clap” (I don’t know what happened to the “The”), Steve Howe’s rodeo-clown intermission on their portentous third album. It’s a perfect moment of decompression on a very heavy album, and a delightful bookend to the more serious “Mood for a Day.” Years later, Jon Anderson would return to the style of “Your Move” for the wonderful “Wonderous Stories.” Oh, and in case you missed it, “Your Move” makes reference to two John Lennon songs: “Instant Karma” and “Give Peace A Chance.” 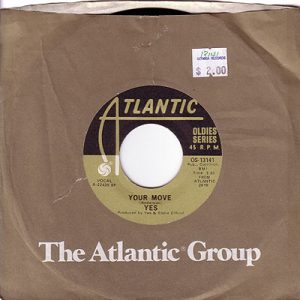