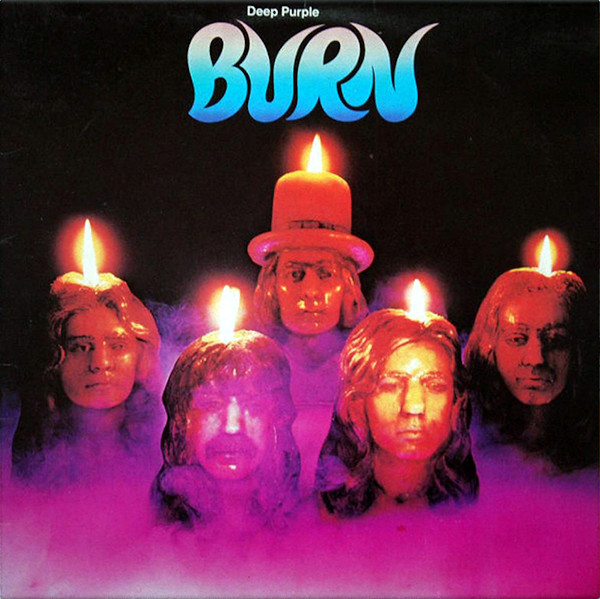 This marks the beginning of Deep Purple Mk. III and the end of Purple as a prog/metal band.

Kronomyth 9.0: A mark three of metal.

First, a moment of silence for Ian Gillan and Roger Glover. Lots of great memories there. Now, onto the prickly problem of David Coverdale and Glenn Hughes. A highly talented pair, no doubt, but they helped push Deep Purple into a blues-rock direction that I tend to avoid. In fact, the first Deep Purple album I ever bought was Stormbringer and it took me years before I could bring myself to buy another. Just not my cup of tea, nope.

So, Deep Purple Mk. III sort of marks the beginning of the end for me. It starts out great with Burn, a blues-rock scorcher that offers a veritable master class in what a rock and roll guitar solo should sound like (not to mention the appendix for organ players that Jon Lord provides soon after). As a rule of thumb, songs about witches are usually awesome. From there, however, it’s riff-driven blues-rock that could pass for Bad Company about half the time. Might Just Take Your Life has a few unexpected curves tacked onto an organ riff that sounds suspiciously like “Woman From Tokyo.” Lay Down, Stay Down continues to blend the voices of Coverdale and Hughes in interesting ways within a standard blues-rock setting, and Sail Away borrows a bit of Led Zeppelin (“Trampled Underfoot”) as Coverdale takes the lead vocals by himself. I’m not a huge David Coverdale fan (“Go on,” you say), but the man needs a harmony vocalist like Rob Halford needs a hair stylist.

The second side begins with a pair of hard blues-rock songs that are a bit light on personality, You Fool No One and What’s Goin’ on Here. Coverdale fans get a treat with the slow burner, Mistreated. Again, not a Coverdale guy, but the man sings the crap out of this song. This and “Burn” are the two best things about this album. Unexpectedly, the group burns off some leftover prog energy with the instrumental “A” 200, which could best be described as “Bolero in space.” At least by me; I’m sure someone else could describe it better.

And there you have it: two great rock & roll songs, five more-or-less generic hard blues-rock numbers and Jon Lord showing off his new synthesizer for four minutes at the end. Given what I already know about Stormbringer, this is where I get off the Deep Purple tour bus and start buying Uriah Heep albums instead. If you enjoy blues-rock (or “boogie rock,” which is a name I’ve never liked), then you’ll want to tune in for the Coverdale years and, who knows, maybe you’ll even get bitten by Whitesnake. It would serve you right.