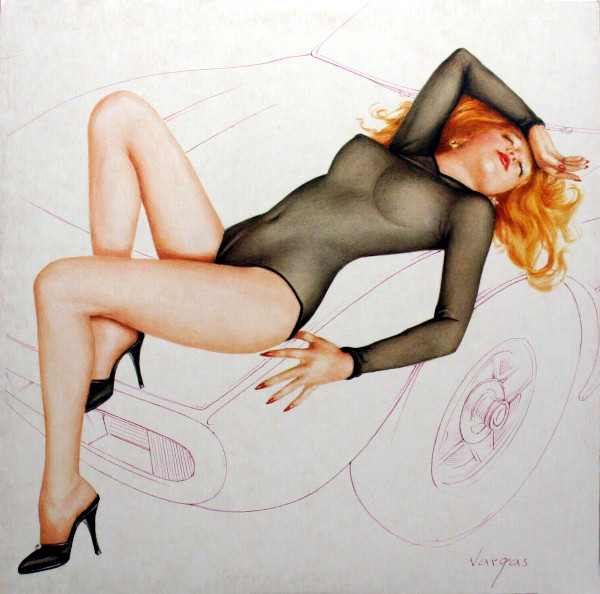 Their sophomore effort is a bit soft in spots, but still contains two great songs in “Let’s Go” and “It’s All I Can Do.”

The standard line on Candy-O is to point out that it’s not as good as their debut, a critique that would also apply to sunshine, butterflies and red jellybeans. A more helpful description would be to state that Candy-O is The Cars‘ first “true” studio album, insofar as most of these songs originated during the February studio sessions, whereas the majority of The Cars had been hammered out on stage before they entered the studio. “Let’s Go,” for example, was already a part of their live show, and it’s not surprisingly the song on here that sounds most like their debut.

In addition to the aformentioned hit, Candy-O also included “It’s All I Can Do,” one of the other songs on here sung by Benjamin Orr, and this is probably as good a place as any to mention that Orr is a much better singer than Ric Ocasek. Unfortunately, what you have on Candy-O are songs sung mostly by Ocasek, created in the studio and unduly influenced by This Year’s Model and, judging from the group’s wardrobe, The Man-Machine. Not the sort of stuff that would ordinarily sell four million copies, but The Cars were no ordinary band, and the combination of a great hit single (“Let’s Go”) and a great album cover were all that was needed to drive a consumer frenzy.

These days, it’s interesting to look at Candy-O as an experimental record that delves deeper into the electronic possibilities of The Cars, as heard on “Shoo Be Doo,” “Candy-O” and “Nightspots.” Despite a few throwaways (e.g., “Lust For Kicks”), there are just as many songs that are underrated (“Dangerous Type,” “Since I Held You”), making this a good (not great) addition to any new wave collection. The album certainly continued the band’s commercial momentum and provided enough radio fodder until the band’s next platinum album, Panorama, rolled around.