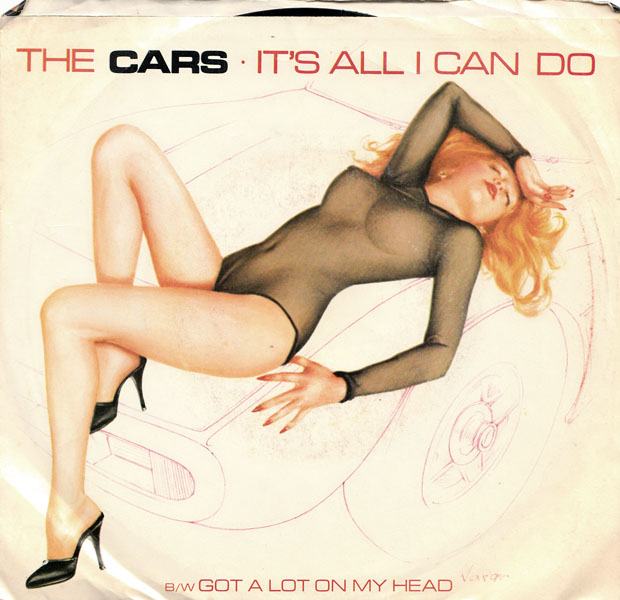 Orr it’s all they would let Ben do, at least until “Drive.” This is still one of the coolest Cars songs.

For years, as a kid, I just assumed Ric Ocasek sang everything, and that sometimes he chose to sing these weird, strangled songs and other times he sang in a clearer, cooler style. (I had the same kind of confusion over The Clash as a kid.) These days, I realize that the weird, strangled sound is Ocasek and the clear, cool vocals come courtesy of Benjamin Orr. Based on Candy-O (Let’s Go, It’s All I Can Do, Candy-O), The Cars should have permanently put Orr behind the microphone.

“It’s All I Can Do,” the second US single from their second album, was a detached and downbeat song that pulled you into its dreamworld because it sounded so different from most of the music being made in 1979. There were these spacy synthesizers, clockwork guitars and a liquid voice calling you to stop what you were doing and pay attention like some hip hypnotist. The B side is more in line with Candy’s crunchier conceits: noisy guitars, hyper-compressed keyboards and Ocasek’s masked mannerisms, all of it arriving on the heels of This Year’s Model.