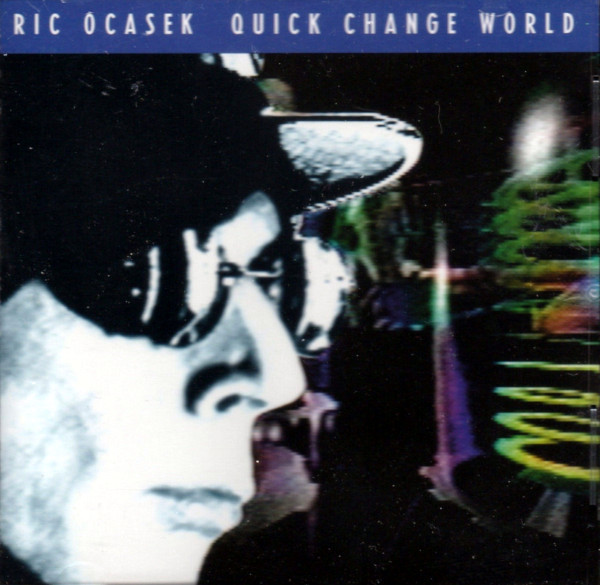 Ric Ocasek finally thinks outside the box and what does the label do but stuff him back into the box again. Quick Change World is a compromise between the album that Ocasek wanted to make (Negative Theater) and the album that Reprise wanted him to make, which appears as the first half of Quick Change World, referred to as “the right side” with what one can only assume is sarcasm. I don’t really need to tell you which is the better side.

The Right Side is essentially a retread of The Cars, which would describe his last two albums. The Big Picture starts out with big ambitions, a spoken-word preamble that introduces a dystopia that never arrives. Don’t Let Go is the readymade hit, basically a rewrite of “Shake It Up.” It’s not a bad song by any means, but after the dark intro it seems like a copout. Hard Times, a holdover from Heartbeat City, is hardly worth mentioning; it’s Ocasek on cruise control (a pun I’m sure I’ve beaten to death by now). A Little Closer is a slight departure, featuring acoustic guitar and a breezy temperament. Riding Shotgun is supposed to be the edgy number, I think, but Ocasek quickly dates himself by using the word “dapper.” Feelings Got To Stay is the sentimental ballad, an attempt to replicate the feel of “Emotion In Motion” that would have been the logical choice for a second single. She’s On is the energized closer. All in all, about half of the first side is good, which is more or less the same rate of success Ocasek had when sticking to The Cars’ lane.

But Ocasek comes alive (literally) on The Left Side. Ocasek hasn’t flexed his creative muscles like this in years. The opening I Still Believe is a deceptively dreamy number, but Come Alive is a wake-up call. It’s the heaviest track he’s ever done, complete with air sirens. Quick Change World shifts gears again (yeah, I know) for a funky number that sounds like what the Niles Rodgers-produced Fireball Zone should have sounded like. What’s On T.V. delves into the dark side of Ric’s thoughts (one of several songs on the left side where Iggy Pop and Lou Reed come to mind), while Hopped Up continues the theme by sounding like a Television song. Help Me Find America proves that social commentary isn’t Ocasek’s strong suit, yet the breathy performance is a breath of fresh air.

Ordinarily, you wouldn’t find Iggy Pop and Ric Ocasek in the same sentence. The fact that Eric Schermerhorn appears on both Quick Change World and American Caesar (released the same month), however, is likely not coincidental. Ocasek is clearly grabbing for something more on his own tracks, and for the first time in a while he sounds like the guy who produced Suicide and Bad Brains. I’m not saying this is a punk album by any means, but it’s a nice balance between pop star and prickly artist, which is a welcome change.