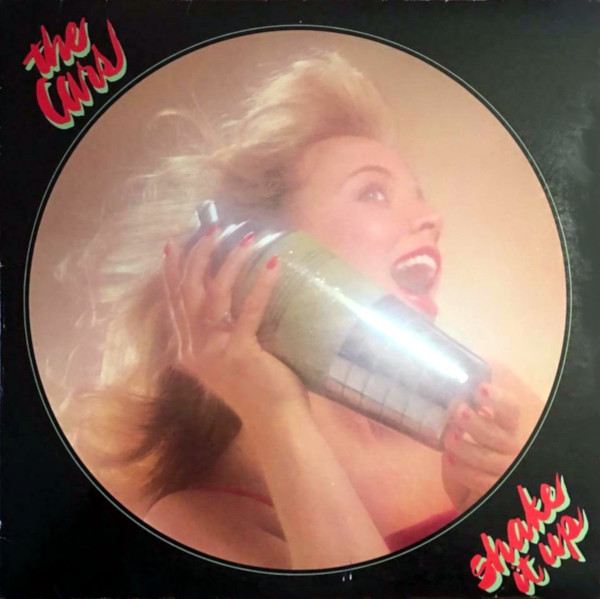 The Cars’ fourth gets out of the gate quick on the strength of “Since You’re Gone” and “Shake It Up” and never looks back.

Kronomyth 4.0: A whole lot of shakin’ going on

I was a sixteen-year-old kid when this came out and I remember thinking that, compared to The Cars’ Panorama, this was the cat’s pajamas. So much depends upon a pink electric guitar when you’re sixteen. It didn’t hurt that the albums strongest tracks were all up front. By the time “Victim of Love” rolled around, I was shaken and stirred from the ennui of two successive, slightly disappointing albums.

I’ve mentioned before that 1980 was a watershed year for music. Scary Monsters in particular scared the hell out of me. While The Cars were never as revolutionary as Devo or as robotic as Ultravox, they were at a minimum a brilliant hybrid of new wave and rock ‘n roll. On Shake It Up, the sounds of revolution seeped back into the music, particularly on the guitars (compare Elliot Easton’s solo on “Since You’re Gone” to Robert Fripp’s solo on “Because You’re Young”--or don’t, for all the reasons cited in the comments below). This album strikes a better balance between the guitars and synthesizers than their last two (Easton seemed too buried on Panorama), but it’s not just a matter of balance that sweetens Shake It Up. Ric Ocasek seems to recognize that the catchy singles (“Shake It Up,” “Since You’re Gone”) purchase the cachet to write moody electronic songs (“This Could Be Love,” “A Dream Away”), and then pays for the whole album in the first ten minutes.

The biggest difference between this album and their debut is the disappearance of Benjamin Orr. Although he sings lead vocals on several tracks (“Cruiser,” “This Could Be Love,” “Think It Over”), he doesn’t add anything that Ocasek couldn’t at this point, and in fact adopts Ocasek’s hiccupy style on “Think It Over,” rendering the distinction moot. The videos for “Shake It Up” and “Since You’re Gone” reinforced the point that Ocasek was the band’s visual and vocal lead, even as they did a good job of showcasing each member of the band.

I’m sure there were (and still are) punk purists who will scoff at the idea of The Cars as an alternative rock band, but for me they were the very model of a workable alternative. They weren’t as manic as XTC, as mechanical as Ultravox or as mean-spirited as Devo, and with their pretty girls and pretty faces were never meant to subvert the fashion of the day so much as infuse it with a certain outlier hipness. Anything that moves the radio dial to left, says I. Panorama proved that The Cars weren’t as effective in the outside lane, and Shake It Up is the commercial correction they needed to regain their pole position as one of the leading new rock groups of the 80s.