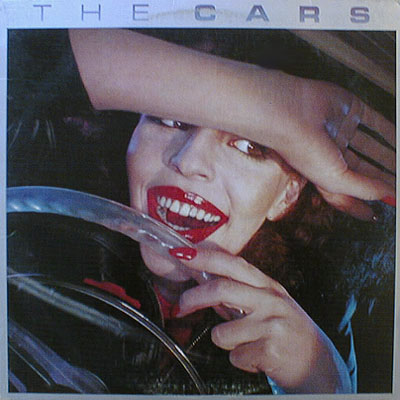 Finally, a new wave band that everyone could rally around, a radio ally for the rest of us.

Kronomyth 1.0: Here with The Cars, I feel safest of all.

The Cars looked like a 21st century version of Buddy Holly and The Crickets, led by the vampire-chic Ric Ocasek, yet no one else sounded like them. Sure, you could point to the pop experiments of David Bowie’s Low, but that was cutting-edge back in 1977 and The Cars were hardly a snip behind with this debut in 1978. Let’s face it: Low didn’t get a whole lot of radio play. The Cars did. “Just What I Needed,” “My Best Friend’s Girl,” “Good Times Roll” and “You’re All I’ve Got Tonight” changed the landscape of rock radio. Here was something new and different that had somehow managed to penetrate the mainstream.

New wave was just beginning, and most of the acts across the ocean hadn’t “arrived” yet: Boomtown Rats, Gary Numan, Ultravox. The Cars took advantage of the opening with a crossover appeal that Talking Heads and Television lacked. The guitars rocked out (listen to the solo on “You’re All I’ve Got Tonight”), the heavy harmonies pointed to arena rock, the vocals didn’t sound too affected and the lyrics put a slight science-fiction twist on rock’s typical woman-as-an-object-of-desire model. So for every element that sounded new, there was a reassuring aspect to The Cars’ music. It was what record executives probably called “fresh.” It was very fresh for 1978.

The several million people who finally bought the album were treated to a tightly conceived album that breathlessly moved between the worlds of rock and science fiction. At the more experimental end were songs like “Moving In Stereo” and “I’m In Touch With Your World” that showed The Cars’ interest in new wave was legitimate. Lest we forget, Roy Thomas Baker deserves a lot of credit for helping to shape the band’s sound; their approach to backing vocals, for example, bears a striking resemblance to Queen, and Baker displays his usual knack for keeping these songs moving briskly despite occasionally long run times. For collectors, a deluxe edition of The Cars’ debut was released in 1999 with demo tracks from the same period.