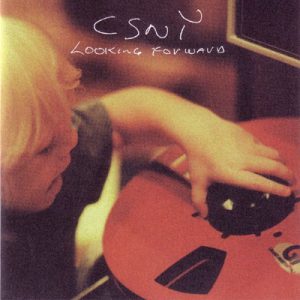 Knowing that the millennium was just about to start, and knowing that somehow we could make a difference. – “Stand And Be Counted.”

I was looking forward to this album, and I wasn’t disappointed. It had been more than a decade since CSN&Y had recorded an album together, so what to expect? Expect that David Crosby will continue to open his heart and mind, that Stephen Stills will buck complacency like a bronco and that Nash will warm like a hearth. Predicting what Neil Young will do is fool’s work. Here, hot from re-examining his work with Buffalo Springfield, Young seems keenly aware of his own history. “Queen of Them All,” the retro “Out of Control,” the sagacious “Slowpoke,” and the gentle title track are the real Neil, present and accounted for. The disc closes with the track “Sanibel,” written by Denny Sarokin and blowing like a soft ocean breeze off the land and filling the sails for further adventures. The harmonies have grown harsher (and fewer) over the years, a crowded achievement rather than a crowning one, but Looking Forward continues to blend the unique voices of its individual members into a better album than any one of them might have achieved individually (except possibly Young). There are only minor concessions to modern music, mostly in the music from Stills. Otherwise, little has changed since After The Storm. The quartet seems content to re-cast the past, appropriating Bob Dylan (“Seen Enough”), looking back to old glories (“I Almost Cut My Hair” echoed in “Stand And Be Counted”) and reviving the old Buffalo (“Out of Control”). Honestly, CS&N is past the point where their music is going to change the world, while Young has maintained his relevance through the ages. Bringing the quartet together one last time is a good marketing ploy, sure, but it also accounts for some good music too. Whether you want to follow the four this far into their journey is up to you, but I think you should; a band like this only comes along once in a millennium.