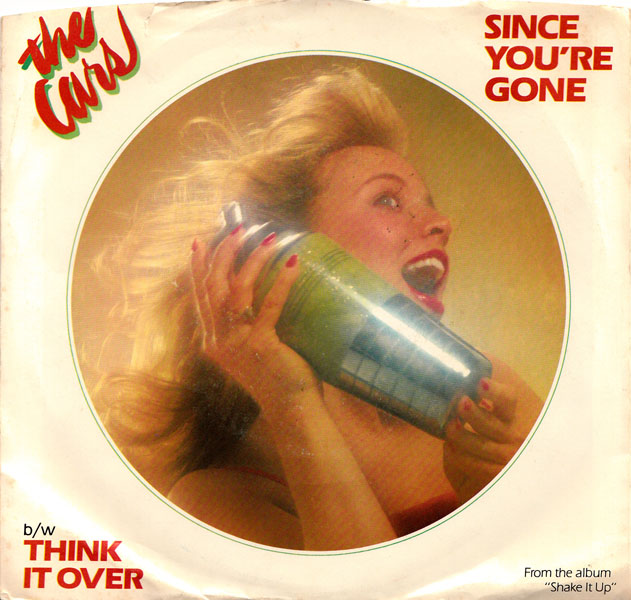 The moody second single from Shake It Up didn’t quite break the top 40, unless you were counting the MTV Top 40.

I’ve always been drawn more to Ric Ocasek’s downbeat songs: “You Wear Those Eyes,” “I’m Not The One.” “Since You’re Gone,” the second single from Shake It Up, manages to strike the perfect balance between gloom and glam, and remains one of my favorite songs from the band. It didn’t chart particularly well, but the song enjoyed an extended life as a music video featuring then-sophisticated (by MTV standards) stop-motion photography. This time, it’s Ocasek who plays the pink Stratocaster in the video.

The B side in most regions was “Think It Over,” a pretty good song sung by Benjamin Orr. I like the way he delivers the line “Every time you run around it makes me want to pop.” In the UK, the slightly superior “Maybe Baby” was pressed into service as the flip side, while a 12-inch picture disc single reunited the A side with a couple of classics from their first two albums. It’s interesting to note that Orr’s role as visual/vocal foil to Ocasek on stage doesn’t translate over to video, where he appears as a bit player with the rest of the band. You have to wonder if the video directors simply fell in love with Ocasek’s features or if it was a top-down decision from the labels that Ocasek be cast as the leading man.