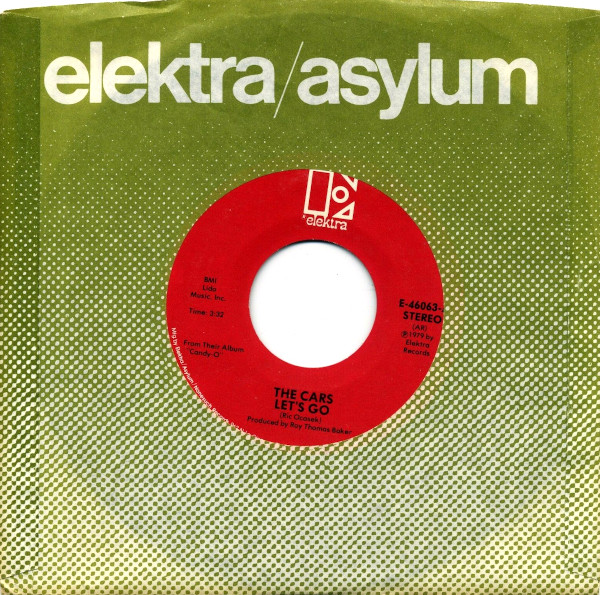 The song that got you revved up for the Cars’ second album. I really need to put the brakes on the car puns.

Kronomyth 2.01: Let’s get this party started.

The Cars kept the hit production line moving with “Let’s Go,” the first single from their second album, Candy-O. It’s the study of a beauty, a Daisy Miller in the disco age, perfectly captured in the camera’s eye of Ric Ocasek’s mind. At the time, this was the band’s highest-charting hit. Americans were still coming to terms with the whole “new wave” thing, and The Cars were one of the few new wave bands who scored hits here on the merits of their music rather than the perceived novelty factor of synthesizers (which had, of course, been around for years). The B side is a half-baked goodie from the Candy-O sessions, “That’s It,” that missed the album cut but made it onto this single. It’s not a bad idea, just underdone, without the crushing choruses or compressed sound synonymous with their best work.