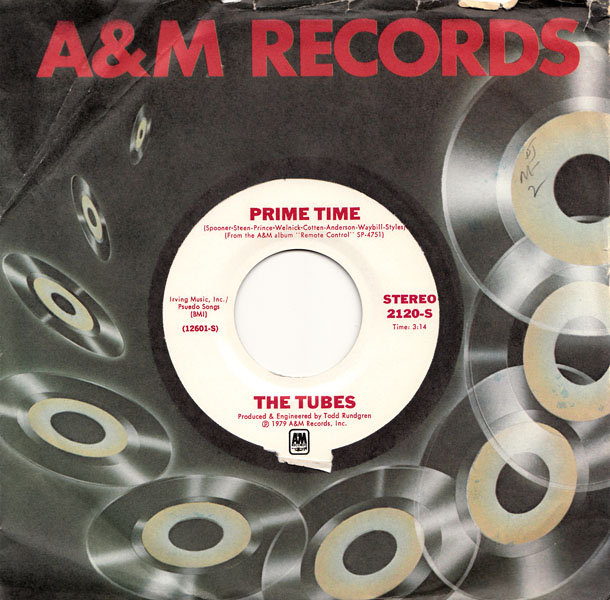 Apparently, it wasn’t enough that Utopia sounded like Todd Rundgren, now The Tubes had to too. “Prime Time” has all the earmarks of a Rundgren ballad, rendered in synthetic disco with Re Styles joining Fee on lead vocals. The album track “No Way Out” appears on the backside and at least rocks out a little, though again the Utopia comparisons hold. Remote Control is actually a really good record, but “Prime Time” may be the least interesting thing about it. The band also recorded a video for this, featuring Fee and Re in a reprise of their “Don’t Touch Me There” roles.