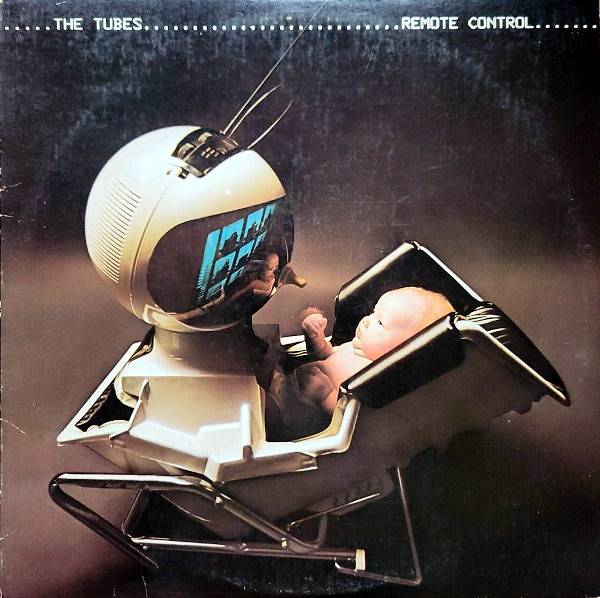 The Tubes recorded this radio-friendly concept album with producer Todd Rundgren during his “commercial” phase.

Produced by Todd Rundgren, Remote Control is a concept album that could be seen as the next installment in Utopia, so similar are the two. Rundgren is credited with cowriting two songs (“Love’s A Mystery,” TV Is King”), but his fingerprints are all over Remote Control, from the high-register choruses to the compressed and sped-up arrangements. Of course, sounding like Utopia isn’t a bad thing; in fact, this is probably my favorite Tubes album after their first. The album generated a legitimate hit (okay, in the UK) with “Prime Time,” and should have had a second with “Love’s A Mystery (I Don’t Understand).” If the reports are true that the band entered the studio with a concept but without any songs, then this record is a testament to the band’s creativity because there isn’t a bad song in the batch.

The opening “Turn Me On” immediately pulls you into the story, and Remote Control keeps changing the channel without losing its audience: “I Want It All Now,” “No Way Out,” “Only The Strong Survive,” “Be Mine Tonight.” The closing “Telecide” is a breathless rocker that mixes clever, rapid-fire wordplay (could Michael Stipe have been a closet Tubes fan?) and nihilistic rock to bring the curtains crashing down. A&M had no reason to be disappointed with the results; the record charted as well as Adventures In Utopia and restored faith in the band’s ability to harness their talent.

Along with Adventures In Utopia, Healing and Swing To The Right, Remote Control represents a sort of Rundgren renaissance for art pop fans between 1979 and 1982. The Tubes never made another album like it, and they never made a better one after it. If you haven’t heard this or the three Utopia/Rundgren records I just mentioned, turn off the tv tonight and turn on to some great music instead.

“I remember us all sitting around with (Todd) writing lyrics. When we went into the studio, Todd said, ‘We don’t have anything that sounds like the pivotal song.’ He started playing guitar and came up with the riff for “TV is King,” which is so great and so Todd sounding. Every song has so much of him, because he put so much of himself into it.” — Prairie Prince, recalling the Remote Control sessions in a 2013 Goldmine Magazine.