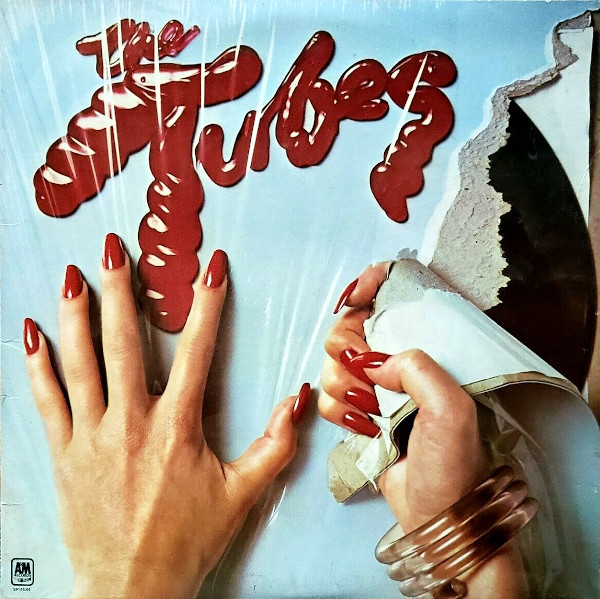 The Tubes’ first is the best thing they’ve ever done: outrageous, ambitious and contagious good fun.

Kronomyth 1.0: The next great white (punks on) hope.

The best band to emerge (on vinyl anyway) in 1975 was a seven-piece rock band formerly known as The Radar Men From Uranus. The Tubes sounded like a heavenly mix of Frank Zappa, Todd Rundgren, ELO and Chicago. On stage, well, it was like a Rocky Horror Picture Show after-party. Produced by Al Kooper, the band’s first album is perfectly contained chaos: heroic, decadent, orchestral, orgasmic. The opening “Up From The Deep” serves as an introduction to the unique world of The Tubes: ideas are introduced, explored, expunged in a swirling mass of creation that somehow never hits a sour note. Thirty seconds into “Haloes,” you’re convinced that The Tubes have discovered the Utopia that Rundgren was after.

“Their self-titled debut from 1975 is probably the best-sounding record I ever made. I wanted a sound like a Broadway Original Cast album with strings and horns but retaining a rock’n’roll feel.” – Al Kooper, in a 2016 interview.

But if art rock was all the band was after, The Tubes might have become boring. Instead, they undergo a series of clever costume changes, from mondo mariachi band (“Malaguena Salerosa”) to perverts (“Mondo Bondage”) to proto-punks (“Boy Crazy,” “White Punks On Dope”). By album’s end, you’re convinced there isn’t anything that The Tubes can’t do and do well. Although the album charted poorly, that’s because the world wasn’t ready for The Tubes. I was surprised when Mobile Fidelity released the original master of this album; it has to be one of the more obscure albums to appear as an MFSL remaster. It’s also one of the most expertly produced albums you’ll ever hear; Kooper himself ranks it as his best, and I can’t argue with the man. The Tubes is not just the band’s magnum opus, it’s one of the greatest theatrical rock albums ever made.