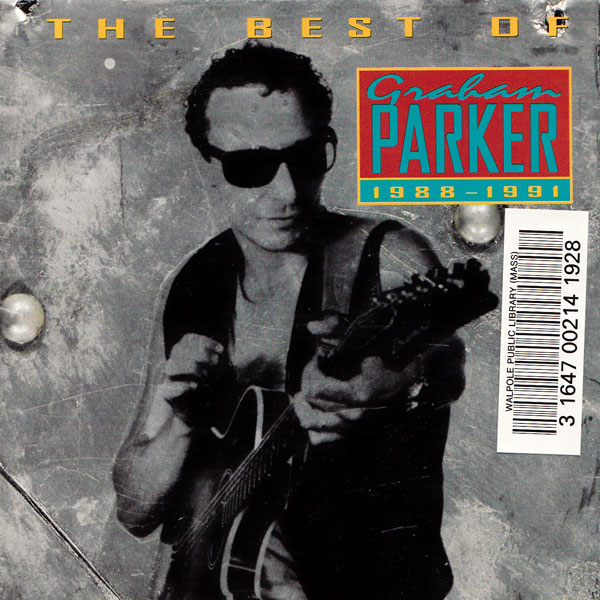 A compilation of the last four RCA albums plus a pair of unreleased tracks. Success, indeed.

Ugh. Yet another major label making a major mess of his discography with yet another compilation. As much as I liked the RCA albums, the best of Graham Parker belongs to Mercury and Arista. RCA got the mature Parker, which makes for an interesting chapter but not a brand new book. And what’s with all the Bruce Springsteen poses?

I’m not telling you this is a bad disc. It’s got the best side of The Mona Lisa’s Sister (which I mustachioed the first time around), a couple of choice cuts from the eminently likeable Struck By Lightning and “Little Miss Understanding” from Human Soul. It also doesn’t shy away from the live disc, a move that’s either very brave or very brazen. It even sweetens the deal for fans with two unreleased tracks (“Ordinary Girl,” “That Thing Is Rockin’”) that are worth hearing more than once.

Still, I wouldn’t blow your hard-earned money on this. Buy Struck By Lightning or Burning Questions instead. Buy an album from one of those other labels that tossed him away like a half-smoked cigarette because they were so sure they had another pack of Parkers in their pocket. (They didn’t.) But don’t start buying a best of Mercury, Arista, RCA or Razor & Tie unless you want to start cutting Parker up in expensive little pieces. Whether it has eighteen tracks or eighty, two unreleased tracks or ten, The Best of Graham Parker 1988-1991 is a cold-hearted cash-in compilation, plain and simple. If RCA wants your money, let them sell you the four albums they paid for.

All songs written by Graham Parker.