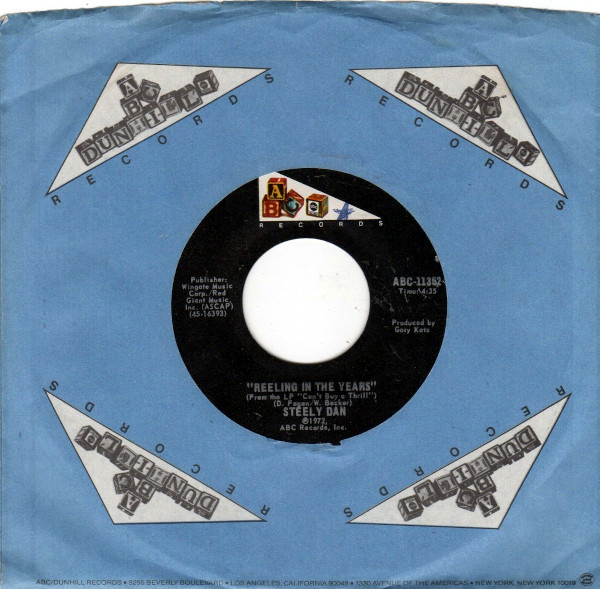 Steely Dan is rarely viewed as a guitar band but, you know, they reely should be.

After this single hit the airwaves, there could be little doubt that Steely Dan was something special. The languid “Do It Again” had been mesmerizing, but here was a single that grabbed you with its joyous hook, slapped you around with its rapid-fire wordplay and then brought you to your knees with one of the greatest guitar solos ever recorded (in one take, according to Elliot Randall). “Reelin’ in the Years” (or Reeling on many of the initial pressings, before Steely Dan inspired the kind of worship that would make you double-check a thing like that) remains one of my favorite songs from them over a long, amazing career. The band sort of repeated the exercise on “My Old School,” which is also a brilliant song.

The flip side is the album track, “Only A Fool Would Say That,” which joins a long list of Steely Dan songs that run through my mind in moments of idle reverie. It’s a pseudo Spanish song, although that’s real Spanish at the end: Jeff Baxter saying something about a fool (“tonto”). The percussion is almost identical to “Do It Again” – you wonder if Victor Feldman just brought the one set of bongos to the gig. Of minor interest: the original singles listed Donald Fagen first in the songwriting credits, which is as strange as seeing “McCartney/Lennon.”