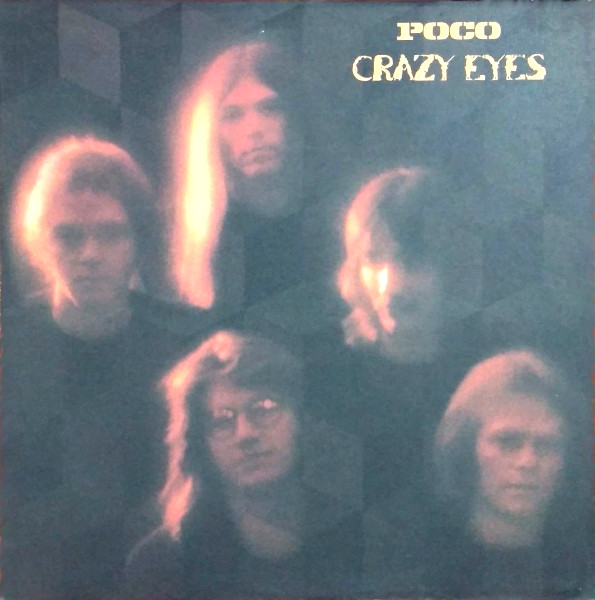 It’s the last Poco fans would see of founder Richie Furay, who left for the lights of the Southern Hills.

This is the last Poco album to feature Richie Furay, and marks the end of an era in more ways than one. Country-rock pioneer Gram Parsons passed away shortly before Crazy Eyes was released, and the album featured both a Parsons cover (“Brass Buttons,” sung by Furay) and a song written earlier about Parsons, “Crazy Eyes,” that now appeared in an epic nearly ten-minute version with string and horn arrangements. It was a strange way to say goodbye, and yet arguably the band’s best album to date.

A Good Feelin’ To Know was a very good album, featuring some of the best singing, playing and songwriting of Poco’s career. Crazy Eyes is equally good, but with a bittersweet side. “Brass Buttons” and “Crazy Eyes” are the album’s fulcrum: everything seems to pivot around them. Even the country-rock introduction of “Blue Water” and “Fools Good” seem like a nod to the debt that the genre owed to Parsons. But the person most affected by the passing of Parsons is Furay, who seems more preoccupied with his colleague’s death than the future of his own band. (Furay had already been approached about the prospect of forming a new group with Chris Hillman and J.D. Souther.)

Poco would survive without him. Paul Cotton and Timothy B. Schmit were both capable songwriters and singers, and George Grantham could carry a tune. Cotton’s contributions were at least as strong as what Stephen Stills was writing at the time, and Schmit proves a perfectly valid fill-in for Furay on “Here We Go Again,” which became the album’s single. Rusty Young gave the band country credibility, and Grantham continued to be one of the best drummers on the country-rock scene.

Despite being a fine album with growing ambitions, Crazy Eyes didn’t have a hit single. It did chart in the Top 40, which was an achievement among Poco albums, but Furay must have felt a twinge of disappointment that the band never achieved the commercial success of their contemporaries. The Southern-Hillman-Furay Band benefited from better promotion, not from better songs. Of course, the story of Poco wasn’t completely written yet, and the band would eventually strike upon a winning formula of soft rock in the late 70s.

Quadrophonic 8-track version
A1. Blue Water
A2. Fools Gold
A3. Here We Go Again
A4. Brass Buttons
A5. Magnolia
B1. Crazy Eyes
B2. A Right Along
B3. Let’s Dance Tonight