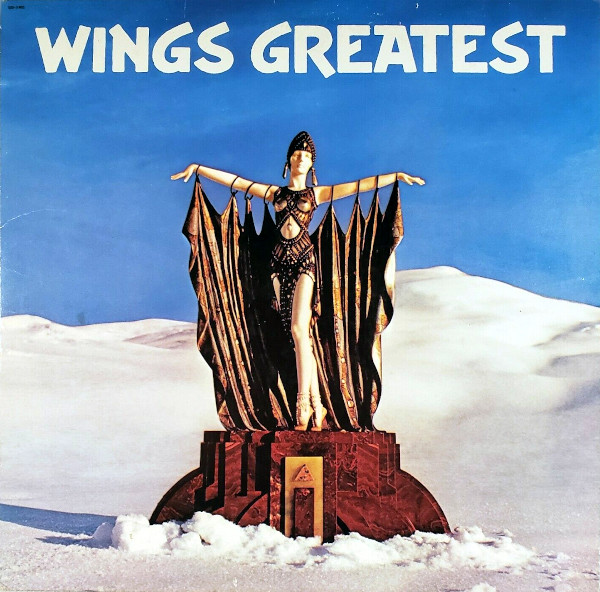 The album that fulfilled Paul’s contract with Capitol, just in time for Christmas.

Kronomyth 9.0: Capitolism does live by crises and booms, just as a human being lives by inhaling and exhaling.*

The mid 70s was something of a Beatles lovefest as greatest hits compilations seemed to pile on top of each other: the blue & red albums, the silver album (Rock & Roll) and the greatest hits of John, George and Ringo. Surprisingly, it was the ex-Beatle with the most hits who waited last to release a greatest hits compilation. Wings Greatest arrived just in time for Christmas 1978, featuring one dozen of Paul’s best, many of which had never appeared on album before. It may have been a device to complete his contract and for Capitol to make some coin, but it was a gift to fans all the same.

The album has a few minor flaws. It omits several songs that certainly deserved to be here – “Listen to What the Man Said,” “Maybe I’m Amazed” and “Helen Wheels” – but were left off because of space constraints. It doesn’t present the songs in chronological order, which is really my problem, not yours. And it included a double-sided poster that had a completely useless picture of a piano on one side. Other than that, you’re looking at sixty minutes of pop perfection.

One interesting thing to note about this album: the songs originally credited to Paul and Linda (“Another Day,” “Uncle Albert/Admiral Halsey”) are now credited simply to Paul, a tacit admission that Linda’s original credits were simply a legal maneuver. Linda’s backing vocals were a not-insignificant contribution to the music, but it’s rare that Paul or Denny didn’t sing harmony with her, and I’ve never been able to figure out which keyboard parts she actually played. “Let ‘Em In,” for example, features a rudimentary piano part, yet it appears even here that Paul preferred to play it himself.

Among greatest hits albums, which I’m generally not fond of because of their repetitive nature, Wings Greatest is one of the great ones – a list that would also include Tull’s M.U., Classic Yes, Joan Aramatrading’s Track Record and Meaty Beaty Big and Bouncy. With time, it was replaced by the more expansive Wingspan, correcting an earlier injustice by making “Listen to What the Man Said” the first track.

Philippines cassette version
A1. Mull of Kintyre
A2. My Love
A3. Hi Hi Hi
A4. Uncle Albert Admiral Halsey
A5. Let ‘Em In
B1. Band On The Run
B2. Another Day
B3. Junior’s Farm
B4. Live And Let Die
B5. With A Little Luck