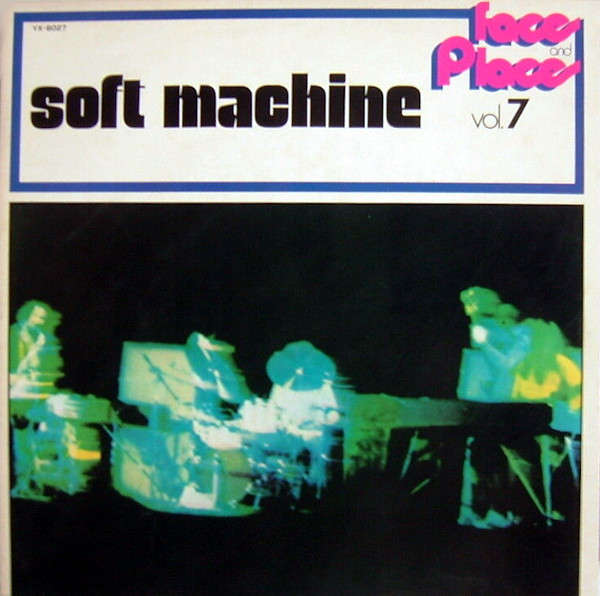 Demo recordings with the original quartet featuring Daevid Allen from the spring of 1967.

In the spring of 1967, Soft Machine recorded some demos with producer Giorgio Gomelsky that eventually surfaced on BYG Records as Faces and Places, Vol. 7. The recordings have since been re-released as At The Beginning and, later, Jet-Propelled Photographs in identical form. History is a bit murky on this one. I’ve read where Gomelsky has said the songs were intended for an album, while Wyatt has said they weren’t. Given the offhand nature of the performances, I tend to side with Wyatt here.

It wouldn’t be the first time that Gomelsky has peddled demos as the genuine article. Remember Vangelis’ The Dragon and Hypothesis? I don’t know what kind of contract Soft Machine had with Gomelsky, but they don’t seem to have taken any great offense at the release of these recordings. And the material isn’t bad, just sloppy and a little silly —  the sort of thing you’d expect from an outfit that was keen on the burgeoning psychedelic rock movement but had a taste for dadaism and jazz. Think The Mothers or Graham Bond Organisation but on better drugs.

As the only recording of the band with Daevid Allen, Faces and Places Vol. 7 is of historical importance to both Soft Machine and Gong fans. In fact, a few of these songs point more toward The Flying Teapot (e.g., Jet-Propelled Photograph) than The Soft Machine. Since the songwriting credits are an absolute mess (Memories, for example, is mistakenly credited as an early 20th century song), it’s unclear how much of a hand Allen had in the writing. Later reissues flung forward into the future and attributed the songs to a subsequent Soft Machine with Hugh Hopper. It’s safe to assume that all members had a hand in the arrangements, but none of them had enough skin in the songs to make a point about it except, apparently, Save Yourself.

Despite the dubious nature of these recordings, Faces and Places (in whatever incarnation you find it) is an interesting step back in time for Soft Machinists. Hearing the band stretch out on I Should’ve Known or turn romantic conventions on their head with songs like When I Don’t Want You or I’d Rather Be With You isn’t the worst possible use of thirty minutes. It’s clear from these sessions that the band was already following the beat of a different drummer, even if his raspy voice takes some getting used to.