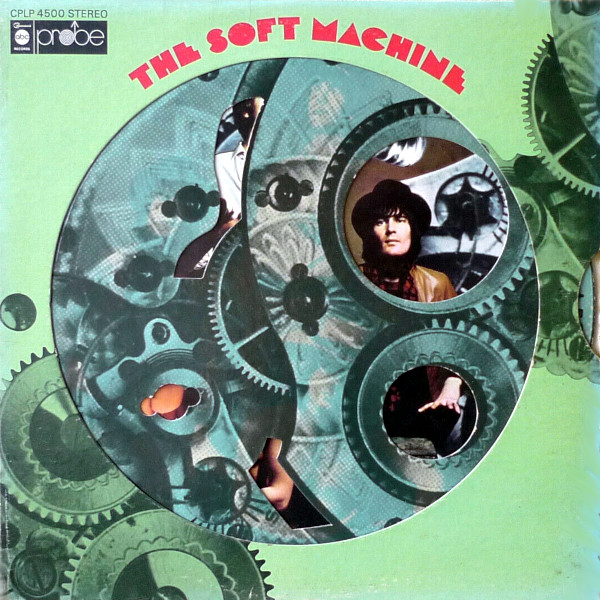 Experimental, psychedelic “art” rock that gave the intellectuals in the audience something to chew on until prog arrived.

The Soft Machine were an important group in the transition between the artistic Beats and the hedonistic Hippies. Their debut album could be heard as an early example of art-rock, prog or even punk. In one sense, their music was less sophisticated than the established psychedelic rock stars of the day: Cream, Jimi Hendrix, Jefferson Airplane. Yet the band was pushing boundaries in all directions, upending traditional rock structures with their unusual instrumentation of drums, bass and organ, incorporating elements of avant-garde jazz and beat poetry into sprawling performances that could range from charming melodies to the sound of creation come crashing down. You didn’t know what was coming next in a Soft Machine set, but you knew it was going to be interesting.

Soft Machine has always been an organic entity, with players coming and going. Their first album was recorded as a trio of the classically schooled Mike Ratledge on organ, Robert Wyatt on drums and lead vocals and Kevin Ayers on bass guitar. Their music mixed psychedelic rock, surrealism and improvisation in ways that listeners hadn’t heard before. Their songs ranged from dadaist (“We Did It Again”) to deeply profound (“Hope For Happiness,” “Why Are We Sleeping?”); as soon as you think you can dismiss their artistry as freakish happenstance, they place a calculated piece of art in your path to question whether the whole thing hasn’t been a highly orchestrated experiment.

In the beginning, The Soft Machine was the sum of its personalities: Wyatt’s whirlwind drum performance and eccentric if otherwise unremarkable voice, Ratledge’s alternately explosive and erudite keyboards and Kevin Ayers’ boulder-sized bass guitar teetering on the edge of sanity. The whole thing felt like a surrealist play in which the characters spoke through words and sound, one as equally viable as the other for communication. Of course, the group attracted artists, and artists tend to see (and hear) everything as art, so maybe The Soft Machine were the beneficiaries of an educated, liberated fanbase. Being in the right place at the right time, the group was put forward as the poster child for the intellectual counterculture movement, a mantle they would soon hand back as the group splintered into different factions.

None of the preceding text, unfortunately, tells you what the first Soft Machine album sounds like. It is the sound of existential crises, self criticism, sputtering self-gratification, dadaism, minimalism and exhibitionism rolled out for a forty-minute feast. It sounds like the music of Frank Zappa made for the bored European bourgeosie of the post-beat generation. It is the sound of the Id unboxed and re-wrapped in psychedelic and classical trappings. In truth, it sounds like little before it and more than a little like what came after (e.g., Hawkwind, Roxy Music). Given the attention they received, and the sheer invention of the music on their first album, The Soft Machine set into motion some of the greatest music of the 70s.

In researching this, I fell down a delightful rabbit hole called notbored.org which is worth burroughing into if you have the time.