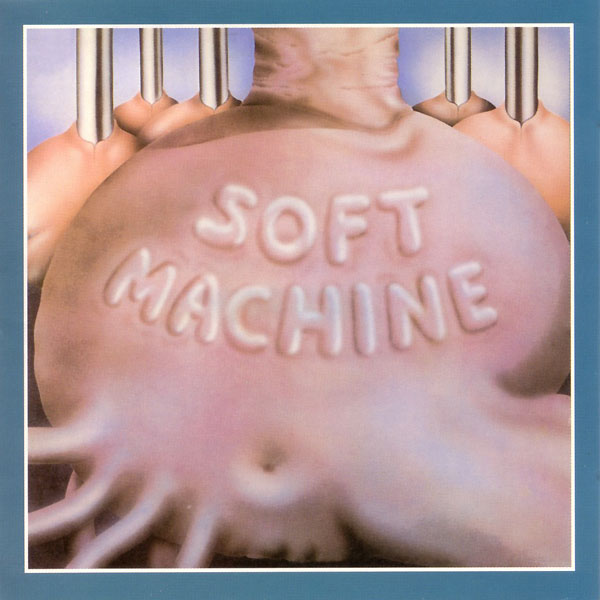 Remember when the new release of a double-album from Soft Machine would have warranted skipping school? Those days are gone.

Melody Maker’s British Jazz Poll (June 1973) ranked Six the number 1 jazz album of the year. Oddly, the same readers voted Karl Jenkins as the fourth-best baritone sax player (lacking an oboe category to call his own). You’d think Jenkins would have scored higher, given that the poll placed Nucleus (his previous employer) and Soft Machine as the #1 and #2 jazz bands, but polls are often the victims of their own questions. Honestly, what kind of person can name five current baritone saxophone players, and should we really be encouraging these people?

Anyway, onto Six, which was the first to feature Jenkins alongside the now-familiar nucleus of Mike Ratledge, Hugh Hopper and John Marshall. Their second double album (Third being the first, and I don’t know how this could play out more confusingly), Six is split between live (record one) and studio (record two) recordings. The audience isn’t a distraction; after all, most of them were probably really really stoned, so they’re docile as audiences go–an enthusiastic smattering of applause at the end, a stupefied mumbling for “more,” that sort of thing. Jenkins and Ratledge spar from across the stage, soprano sax and organ interlocked on numbers like “All White” and “37 1/2.” There are also short dream sequences on stage, such as “Between” and “E.P.V.” But they save the best stuff for the end: the cool Canterbury trot of “Riff” is reintroduced on “5 From 13,” interrupted by one of the more thoughtful drum solos you’ll ever hear, and closes on the radically reconstructed “Riff 2.” (Okay, maybe it’s not that radical, but I can’t resist alliteration.)

Honestly, it’s a pretty ho-hum affair on stage, and the real fun starts in the studio. Beginning with “The Soft Weed Factor,” the Canterbury fusion blossoms into a beguiling garden, and the wading through all that masturbatory jizz fusion on the first half seems worth it. “Stanley Stamps Gibbon Album” sounds like a Santana record skipping over the same five seconds layered with a sax solo on 78 rpm. “Chloe and the Pirates” offers welcome respite with otherworldly sounds and Jenkins’ warmest playing, only to close with “1983” and its unsettling sound-image of luminous insects in outer space. The second record especially is where Soft Machine continues to sculpt new sounds. Is it the best British jazz record of 1973? Well, maybe, since the British are hardly known for their jazz, but on a good day RTF and Weather Report could run rings around this. If you’re soft on the Softies (or just really high), waystation Six is strong enough to support an hour of idling in your interplanetary travels, but I wouldn’t get too hung up on hanging around it.