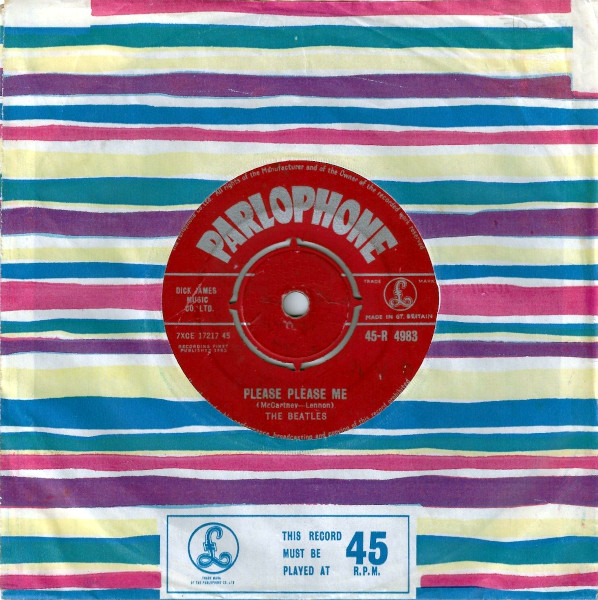 The band’s second single was another smash hit in the UK and became the title track for their first album.

Please Please Me was the first Beatles song that really got under my skin. It opened the floodgates for all the wonderful songs that followed, from “From Me to You” to “The Long and Winding Road.” “Love Me Do” and “P.S. I Love You” didn’t do anything for me as a kid and still don’t. Honestly, the original B side of this single, Ask Me Why, isn’t one of my favorite Beatles songs either. I appreciate the fact that John Lennon and Paul McCartney were rapidly developing as songwriters, but I was impatient to get to the good stuff: those rocking melodies and minor-key shifts that sent the verse into overdrive with a killer chorus.

While “Please Please Me” was a big hit in the UK, it took over a year for the song to chart in the US, by which time it was paired with another UK hit, “From Me to You.” Beatlemania was in full force at that point. I don’t think we’ll ever see that kind of hysteria for a musical act again, since a lot of it had to do with the introduction of television into homes. Again, you’re not going to learn anything about The Beatles from me. There are plenty of people who have devoted a lot more time and energy to The Beatles, so please please don’t take anything I say about them as authoritative. I just like their music.