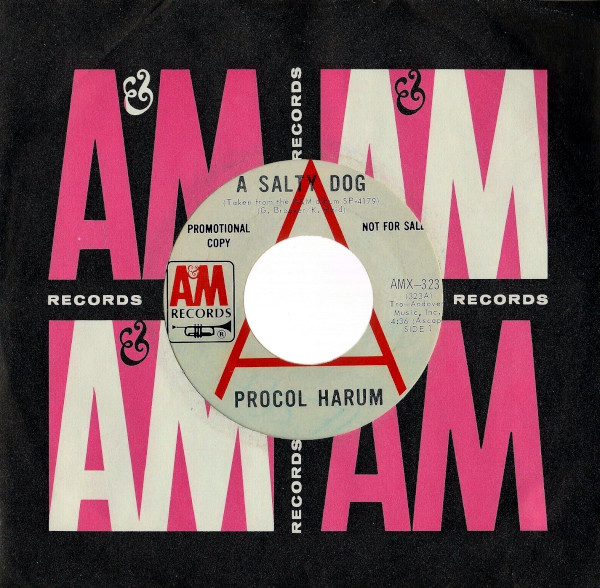 The brilliant title track from A Salty Dog didn’t seafare so well on the charts, disappearing after one week. Hmph, landlubbers.

Despite being what many consider the band’s magnum opus, “A Salty Dog” was a failed single. It didn’t breach the Top 40 in the UK and, after a week, was gone. On the opposite shore, “A Salty Dog” was uncharted. None of this, of course, detracts one iota from the song’s success as a perfect marriage of poetry and music. It simply underscores the reality that the radio isn’t an ideal showcase for art.

“I would never think of [changing or rejecting Keith’s lyrics]. I knew that he had thought carefully about every single word. Every “V” and “N,” there wasn’t anything—I mean, if I tried to take even a small adjective out of a line, it would be strongly resisted by Keith, because that would take away the sense that he had.” – Gary Brooker, in a 2010 interview with Songfacts.

The B side was a nonalbum track, “Long Gone Geek,” that prominently featured Robin Trower’s raunchy electric guitar. Lyrically, it’s not so perfectly paired as le chien salé. It seems to be about a jailbreak gone bad because of a cat in a Stetson hat. Yes, I know, there must be a deeper meaning, but I don’t have all day to study the B side to a 50-year-old single. The song was included on the expanded reissue of A Salty Dog, and was wisely left off the album since it’s not nautical in nature and, honestly, is a cut below the material on the proper album.