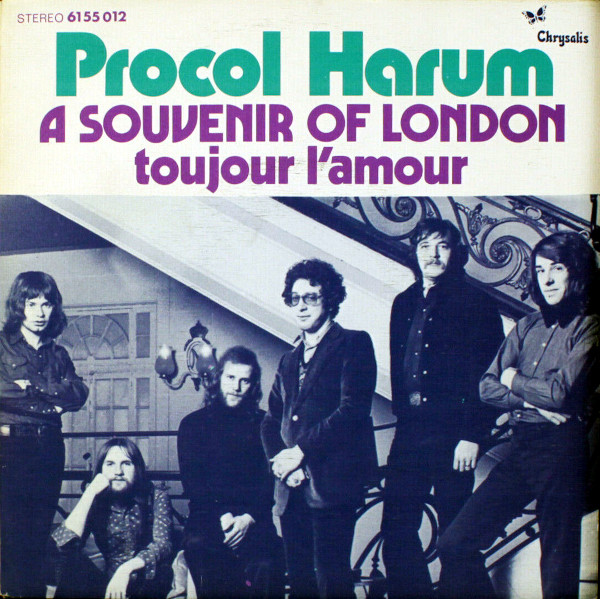 The last souvenir from Grand Hotel, a funny little song about gonorrhea.

Song for song, Grand Hotel was the best thing Procol Harum had done in years. As if to support that notion, Chrysalis released four singles from the album including, finally, Souvenir of London. Now, was a song about the clap really going to storm the charts? No, probably not. Then again, “Lola” and “Walk on the Wild Side” weren’t exactly conventional hits either. It had me thinking about how many times bands had written about sexually transmitted diseases. I came up with Frank Zappa’s “Why Does It Hurt When I Pee?,” AC/DC’s “Crabsody in Blue” and Yes’ “The Clap” (as an honorable mention), but I’m sure I’ve only scratched the surface.

For the flip side, most regions got Toujours l’Amour, which is a sight better than most B sides. I don’t think there’s a bad song on Grand Hotel. While I agree that Procol Harum wasn’t a progressive rock band, at least at this point in their career, the quality of their compositions invited comparison to their high-minded colleagues. In France, the earlier single Roberts’ Box was pressed into service on the back. While the three songs are identical to their elpee versions, their spelling is not, with most European releases credited as “A Souvenir of London,” “Toujour l’Amour” (missing an “s”) and France moving the apostrophe on “Roberts’ Box.”