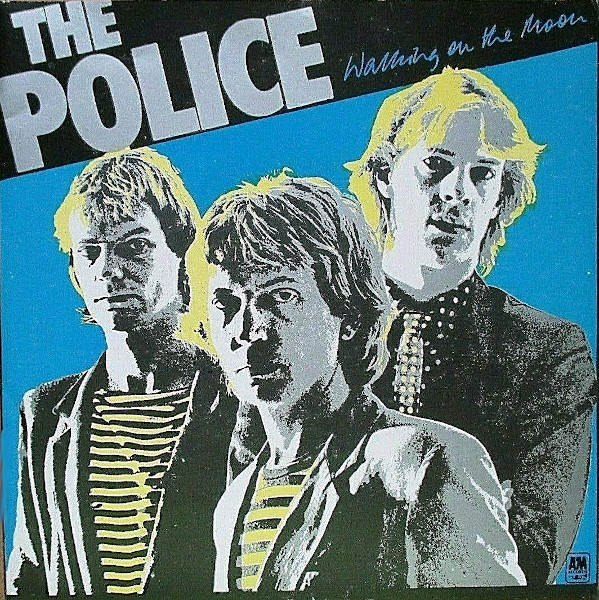 The band’s stripped-down version of white reggae scores a second #1 hit from their second album.

Kronomyth 2.2: Over the moon for The Police.

Well, it didn’t take long for The Police to conquer the earth. By the release of their second album, Regatta de Blanc, the band was consistently topping the British charts with each single. “Message in a Bottle” was their first #1 single, followed two months later by Walking on the Moon. Although the single wasn’t released in the US, where listeners were still coming to terms with the idea of white musicians playing reggae music I guess, it did pop up on radio stations and even generated a silly video that made “Don’t Stand So Close to Me” look like a Michael Bay production.

The B side is a nonalbum track that sounds like a holdover from Outlandos d’Amour (specifically, “Peanuts”), with Sting playing the role of an angry young vampire. Sting is a very good singer within a certain range, but when he tries to reach down for something deeper, it isn’t there. It’s not a bad song, though it wouldn’t have gotten my vote for Regatta de Blanc over any of Stewart Copeland’s contributions.

A few loose odds and ends… The single version of “Walking on the Moon” runs about one minute shorter than the elpee version. The video was directed by Derek Burbidge, who directed most of The Police videos through Ghost in the Machine. Burbidge would go on to direct the classic new wave movie, Urgh! A Music War. The Canadian single features “Bring on the Night” on the B side, making it something of a twofer.

“Visions of the Night” produced by The Police.