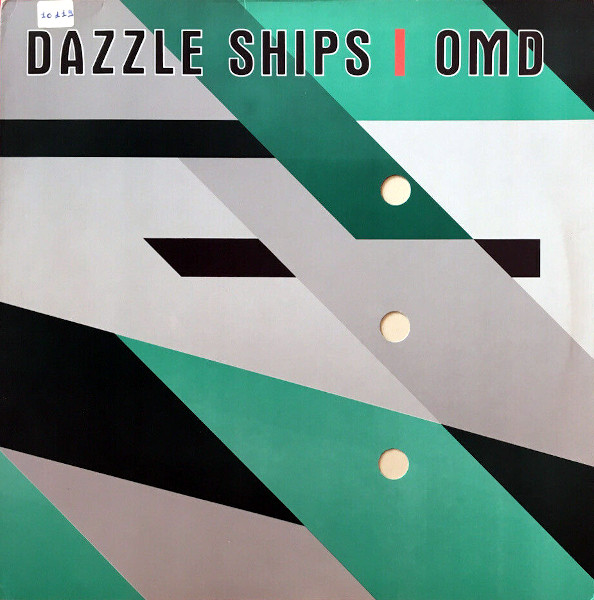 The operative nautical analogy would have been the Titanic, since this album was pretty much a disaster from the get-go.

Kronomyth 4.0: The lure of salvage.

Dazzle Ships was, to borrow a phrase from a later generation, an epic fail. And then, one day, courtesy of the same generation, it wasn’t. It was brilliant, visionary, ambitious. I don’t subscribe to either opinion, believing it to be an overambitious record, but if you listen to what any music critic has to say about Dazzle Ships at this point you only have yourself to blame.

Architecture & Morality was a brilliant album, there’s a consensus on that. It played the band’s predilection for dreary, dreamy pop to perfection. But then someone, apparently Andy McCluskey, seems to have locked himself into a room and listened to old Kraftwerk albums on end until he was convinced that Radio-Activity was the new future for OMD. In one sense he was correct, as the band was nearly radioactive after this album, at least in critical quarters.

Look, I like OMD as much as the next guy. More than the next guy, actually. I would’ve rolled on a live grenade for the band after Architecture & Morality. But Dazzle Ships is simply beyond their abilities. McCluskey and Paul Humphreys are backing vocalists at best. When McCluskey tries to actually sing versus croon within a half-octave range, he sounds hysterical. The band’s machinations for the future sounded like machines talking (as opposed to taking) over the world. And someone really needed to have a heart-to-heart talk with Andy McCluskey about his dancing.

In my opinion—which, again, we’ve established as worthless—the best parts of Dazzle Ships are the leftovers: Romance of the Telescope, Of All the Things We’ve Made, Radio Waves. Also, Telegraph is a nice pop song. And International does dreamy/dreary as well as their last album. The rest of the record finds the band in way over their heads (except for the ever-awesome Malcolm Holmes). You have to wonder if Rhett Davies, who had recently co-produced the brilliant Avalon, wasn’t tempted to jump ship before it was all over.

As for whether Dazzle Ships got the future wrong, I don’t think so. Daft Punk’s “Technologic” proves that OMD was onto something. I’m not saying the one influenced the other, but Genetic Engineering and ABC Auto-Industry did envision a man-machine hybrid years earlier, it just didn’t execute on that vision well. For better or worse, the band retreated to synthesizer/pop like a chastened Icarus with the release of Junk Culture. It’s interesting to speculate on what OMD might have achieved had they continued to make non-commercial music for robots, although I’m pretty sure “another crappy album with a die-cut cover” would be the answer.

All titles by Orchestral Manoeuvres in the Dark unless noted. (*Arranged by OMD.)