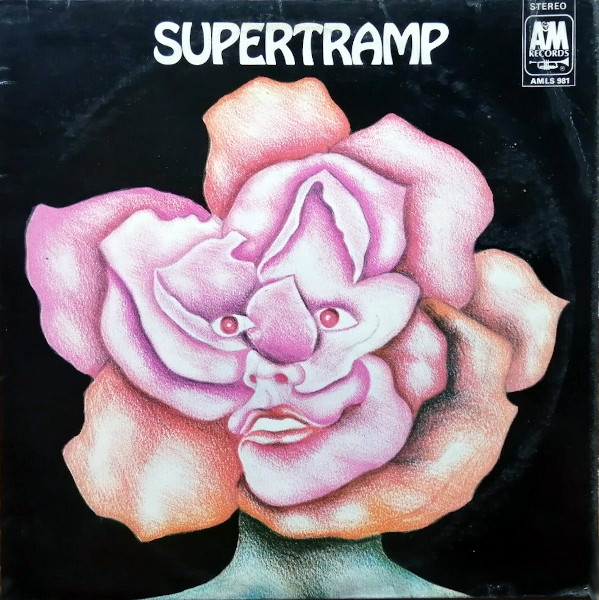 The band’s debut album sounds like Genesis’ Trespass about half the time, which is not surprisingly its better half.

Kronomyth 1.0: Trespassers will be vindicated.

For those who wonder whether Supertramp belongs in a discussion of progressive rock, consider this: the band’s self-titled debut is the spitting image of Genesis’ Trespass about half the time. It raises an interesting question of who influenced whom, but I don’t have any answers for you. The album’s cover is intriguing, almost an early concept of Peter Gabriel’s flower costume. The instrumentation is nearly identical: organ, flute/flageolet, acoustic/electric guitar, bass, drums. The two bands played on the same circuit briefly in 1971, and we know that Genesis was already performing songs from the future Trespass in early 1970, but neither fact connects the dots between “Visions of Angels” and Try Again.

Whatever the reason for the serendipitous similarities, their paths would soon diverge, with Genesis refining their vision and Supertramp all but scrapping their band for a fresh start on Indelibly Stamped. And the fact remains that Supertramp isn’t an exact replica of Trespass by any means. Genesis, for example, never showed an interest in heavy blues-rock numbers like It’s a Long Road and Nothing to Show. Nor would you find them noodling around with strange studio effects as occurs at the end of “Try Again.”

The decision to allow Supertramp to produce their first album was, in retrospect, a mistake. Bookending the album with Surely, arguably the album’s lightest confection, surely wouldn’t have got past a strong producer. The band’s unique arrangement of Shadow Song also shows a misunderstanding of the studio, or at least a misunderstanding of which instruments work well together (e.g., the flageolet and balalaika do not). And the drums are poorly mixed, particularly on “It’s a Long Road.” It’s a first album, mistakes are expected, but the material deserved better. Aubade/And I Am Not Like Other Birds of Prey and Words Unspoken could have blossomed in better hands.

What’s here, then, is really a false start, albeit a very intriguing one. Supertramp fans will find it an interesting trip back, if a little trippier than they expected. Genesis fans may enjoy the trip even more, particularly those who pine for the lost innocence of Trespass. The album does lack a consistent vision, but much of it will be enjoyable to acoustically inclined progtasters. Of interest, guitarist Richard Palmer would re-appear in the progressive world as Richard Palmer-James, John Wetton’s lyrical collaborator on several classic King Crimson albums.

*Credited as “Long Long Road,” “Au Bade” and “And I’m Not Like Other Birds of Prey” on the original elpee label.