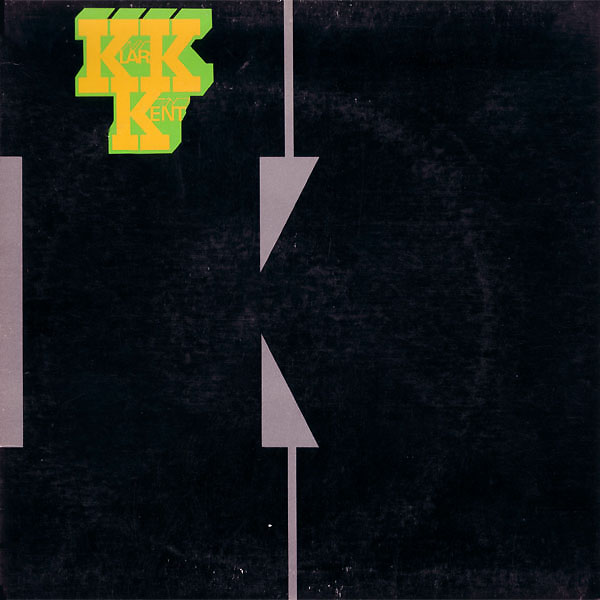 Stewart Copeland’s alter ego asks the musical question: What if The Police had a sense of humor?

Stewart Copeland goes undercover on I.R.S. (brother Miles’ label), releasing a compilation of earlier singles and new songs as Klark Kent. Fans of The Police familiar only with his occasional songwriting cameos (e.g., “Miss Gradenko”) will be surprised to find that Stewart can play every instrument (guitar,  bass, keyboards) and even sing (sort of).

As an antidote to all the heavy-minded stuff that Sting was writing, Music Madness From The Kinetic Kid is a welcome break. Similar to the band’s earliest, noisier recordings (“Fall Out,” “Peanuts”), Kent’s Madness plays out like a silly punk version of The Police (My Old School, Don’t Care). The Klark Kent persona is juvenile by design, playfully arrogant, in many ways the anti-Sting—a comparison no more coincidental than the fact that Copeland is wearing a yellow-and-black striped shirt on the inside sleeve.

While the bass and drums remain the driving force in the music, Copeland does a surprisingly good job on the other instruments, even showcasing his guitar work on Theme for Kinetic Ritual, one of two instrumentals on this extended play release. Ever the clown, Copeland ends the ritual with a kazoo solo of sorts, so it’s unlikely he took his guitar solo that seriously.

Over the years, all three members of The Police have drifted into deep waters, and this buoyant collection of post-adolescent euphoria has disappeared from view. It’s well worth rediscovering, and might be the happiest-sounding piece of plastic in all Policedom. Too bad Copeland didn’t keep the Klark Kent persona, since I’d rather listen to 25 minutes of humorous 80s pop/punk than 38 minutes of guitar fuzz or 40 minutes of Sting trying to save the world from itself.

All selections written by Klark Kent.