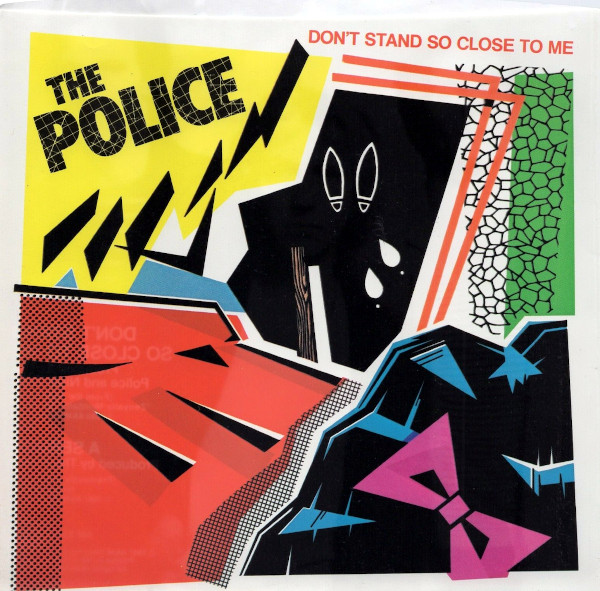 Is Sting a better songwriter than Stewart and Summers? As this single proves, it’s not even close.

How do you pitch a song about pedophilia? Cover it in a great melody, distract the audience with the impossibly handsome Sting in angel’s wings, move the silly prancing of The Police into a schoolroom and back it up with a song about cannibalism. Don’t Stand So Close to Me reached the top of the charts in the UK despite its reference to Lolita and the merest of hints that Sting’s mind may not have been on Nabokov’s prose as an English teacher. Or maybe I’m just reading too much into it.

In the UK, Andy Summers’ cannibal philosophy of friend fries (Friends) was pressed into the backside. It’s similar to “Be My Girl,” with Andy’s droll voice over a deliberately paced rock song. In the US, Stewart Copeland’s A Sermon got the call-up instead. Sung by Sting, “A Sermon” is a short cautionary tale about fame or something like that. Ironically, it’s far less preachy than most of Sting’s songs. Both B sides are nonalbum tracks that are worth humberting down if you’re a collector or just convinced that Summers and Copeland are complete songwriters.

Original 7-inch shaped picture disc single
A1. Don’t Stand So Close to Me (Sting)
B1. De Do Do Do, De Da Da Da (Sting)