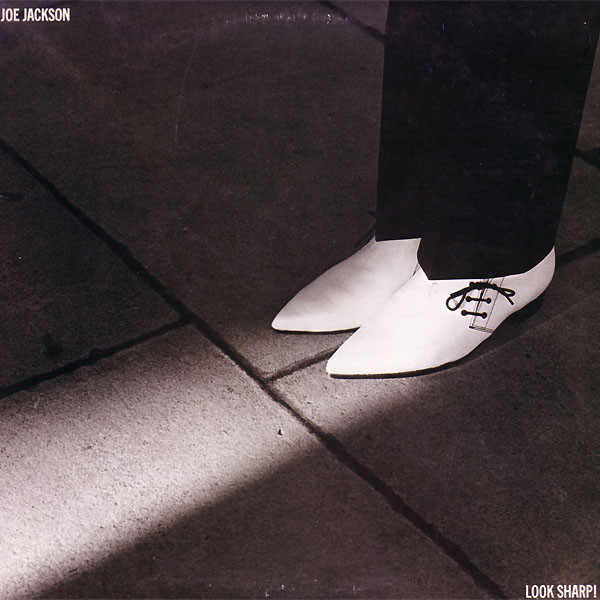 The last to the Angry Young Man’s party that included Graham Parker and Elvis Costello.

Kronomyth 1.0: The angels want to wear my white shoes.

In the summer of 77, Elvis Costello burst onto the new wave scene with the stripped-down, literate My Aim Is True. In the fall of 78, The Police captured international attention with their reggae-infected Outlandos d’Amour. In the winter of 79, Joe Jackson mixed the best elements of both for the year’s hottest debut, Look Sharp! (Again, not my explanation point, we’ve had this discussion already.) Sweet mystery of life, at last I’d found him! (My explanation point this time, you see the difference?)

Like Elvis, JJ was a hopelessly angry romantic, the bitter wallflower fed up with watching the good-looking guy get the girl. “Is She Really Going Out With Him?” nails that emotion, “Pretty Girls” and “Fools in Love” second it. Jackson even gave us a second hero, Graham Maby, whose improbably up-in-the-mix bass was strong enough to carry the melody, the rhythm and probably their equipment from gig to gig. Gary Sanford’s guitar was understated by comparison, similar to Andy Summers. Dave Houghton’s drums were straight from the Bun E. Carlos school of minimalism.

While the Elvis comparisons are tempting (they might have slipped “Happy Loving Couples” on My Aim without anyone being the wiser), JJ rocks harder than Elvis ever did. (When Anthrax covers an Elvis Costello song, you let me know.) “Throw It Away” and “Got the Time” are true ravers in the Cheap Trick tradition. That the last sound on this album is a ticking clock couldn’t be more appropriate; few artists understood the get-in-get-out aesthetic as well as Jackson does here. Not one song overstays its welcome. Even the few cosmopolitan piano parts, the shape of things to come, pass quickly. No boring ballads, no B sides, no bones, this beats Elvis Costello and Graham Parker at their own game.

All songs written and arranged by Joe Jackson.

[Review] Austin Powers The Spy Who Shagged Me: Music from the Motion Picture (1999)