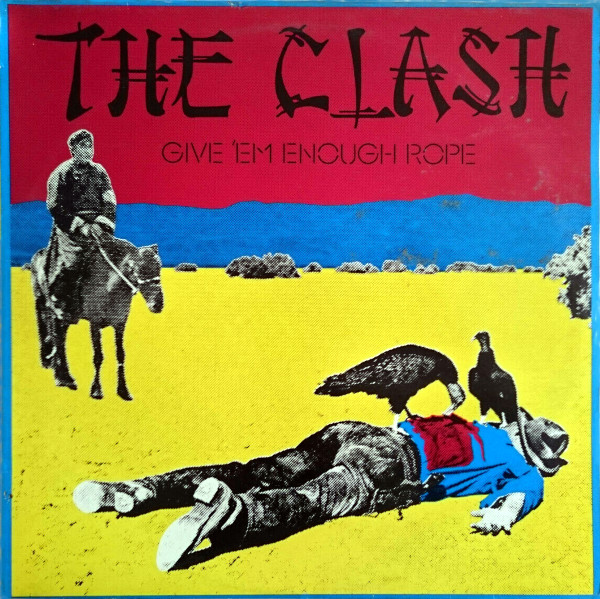 Punks as the new agents of peace? Believe it on The Clash’s classic second album.

Not exactly a sophomore slump, but for a few dollars more you could be listening to London Calling. If you got the Sergio Leone reference, gold stars and silver sprinkles for you. It was always the least cohesive of the trilogy: A Fistful of Dollars was like nothing I’d ever seen before (cf. The Clash), The Good The Bad and The Ugly was technicolor genius (cf. London Calling), but the middle sagged a little. With players like Clint, Cleef and Klaus, you hung around waiting for things to happen. Same with Mick Jones and Joe Strummer, and good things do happen: “Safe European Home,” “Julie’s in the Drug Squad,” “Guns on the Roof.” But if you were introducing someone to The Clash, would you really start with “Tommy Gun” and “English Civil War?”

It seems I’m out of step with the critical consensus on this one. Greil Marcus delved deeply into the work for Rolling Stone (you can read the original review if you want), and a mythology behind it was born. Yet in trying to elevate Rope to the works around it, I invariably end up putting their most prized works (The Clash, London Calling) on a smaller pedestal. Maybe “I Fought The Law” is as cheap a novelty as “English Civil War,” I reckon, or “Lover’s Rock” as sentimental as “Stay Free.” But what keeps coming back to me the most is This Year’s Model by Elvis Costello. Here again, critics hailed it as a minor masterpiece, and I always found it unnecessarily noisy. What attracted me to Elvis and The Clash was the idea that, for them, melody was their secret weapon and resistance was futile. But I’ve always been able to resist Model and Rope, despite my desire to do otherwise.

That was my original review of the album back in 2006. Listening to it again today, it’s still my least favorite of the classic Clash albums, with the caveat that “classic Clash album” immediately vaunts it past 98 percent of everything else in the world. Producer Sandy Pearlman is an inexplicably odd choice to produce the band, but he does bring the drums and lead guitar to the fore (new drummer Topper Headon was a great add, and Jones was an underrated guitarist), even as he buries Strummer’s voice (damn shame there, since the lyrics are brilliant, suggesting that Joe might have been the burning hippie in the bunch). I’ve listened to this album hundreds of times, so I’m unlikely to change my opinion on it, but the fact that I’ve listened to it hundreds of times speaks louder than my mild dissatisfaction with it.

All songs written by Joe Strummer/Mick Jones unless noted. All songs arranged by The Clash.